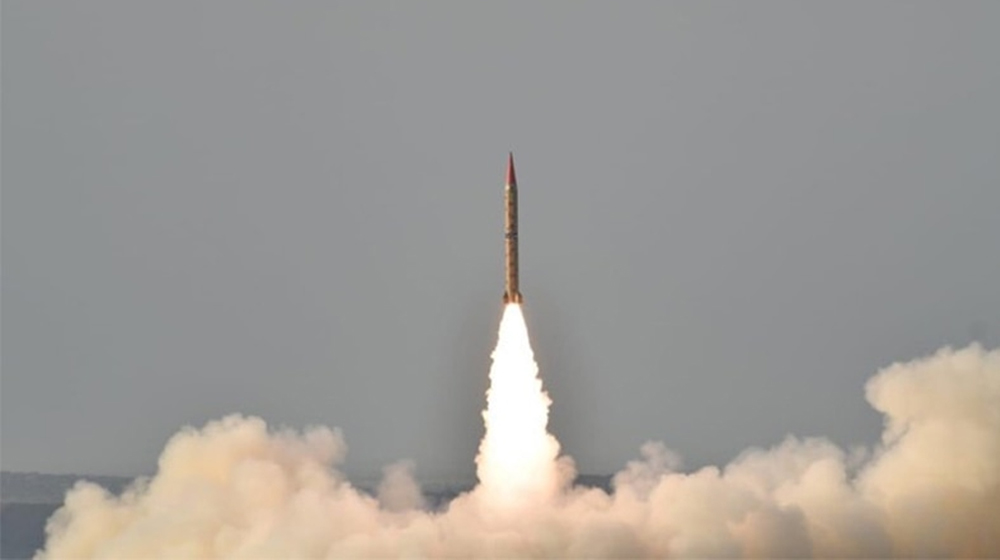 Pakistan Army has successfully conducted the training launch of Shaheen-II, a surface-to-surface ballistic missile, according to the press release of Inter-Services Public Relations (ISPR).

“The training launch was aimed at ensuring [the] operational readiness of [the] Army Strategic Forces Command. [The] Shaheen-II missile is capable of carrying both conventional and nuclear warheads up to a range of 1,500 kilometers,” reads the ISPR handout.

The impact point of the launch was in the Arabian Sea. The ISPR describes Shaheen-II as, “highly capable missile which fully meets Pakistan’s strategic needs towards the maintenance of desired deterrence stability in the region”.

It must be mentioned here that India recently conducted a test of the world’s fastest cruise missile and the trial launch of Shaheen II could be a reply to that.