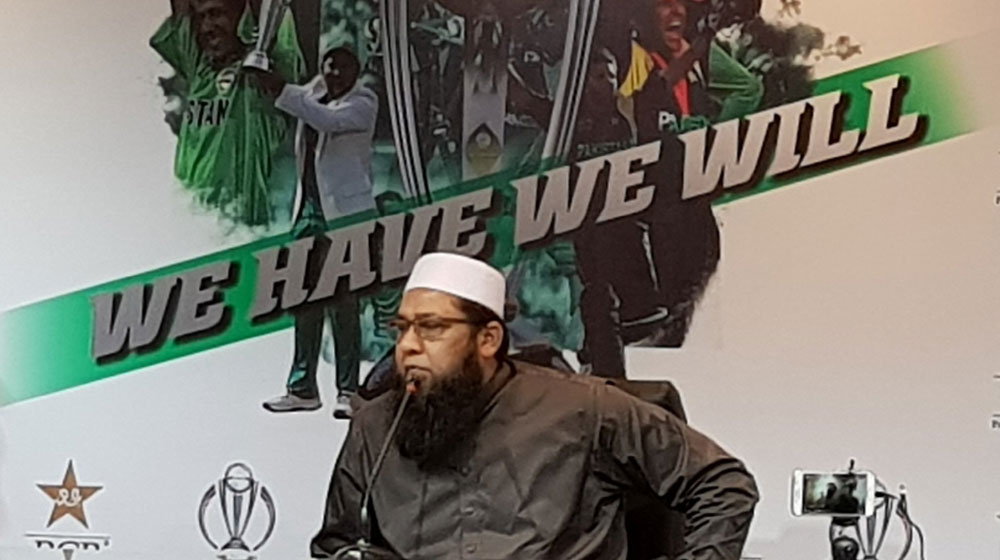 Pakistan Cricket Board is sending Chief Selector Inzamam-ul-Haq to England despite reservations from the Senate’s Standing Committee on Sports.

Director Sports PTV & Head of PTV Sports Dr. Nauman Niaz made this revelation in a YouTube video on Thursday.

Dr. Nauman said, citing his sources, that the Senate body had questioned the necessity of this step, but the board has decided to supersede the Senate’s decision.

According to Niaz, Inzamam will oversee the Pakistan team during the early World Cup games and will also select the final XI in first four to five matches.

Niaz also claimed that the board has sidelined head coach Mickey Arthur.

Inzamam has finally trumped head coach Mickey Arthur and his role would be minimized during the mega event starting this coming Friday in England and Wales.

Dr. Nauman, who also hosts ‘Game On Hai’ on PTV Sports – and has been resting after his bone marrow transplant – revealed that the board is keeping Abid Ali and Mohammad Rizwan as reserved players in England.

“Both players will stay in Edgbaston (Birmingham) with full allowances throughout the World Cup. They have also been provided a special practice facility in the Warwickshire County,” Nauman said in a video for his YouTube channel Caught Behind.

It is worth mentioning that World Cup 2019 is the last assignment for both Inzamam and Arthur in their respective capacities. Their future with the PCB depends on Pakistan team’s performance in the event.