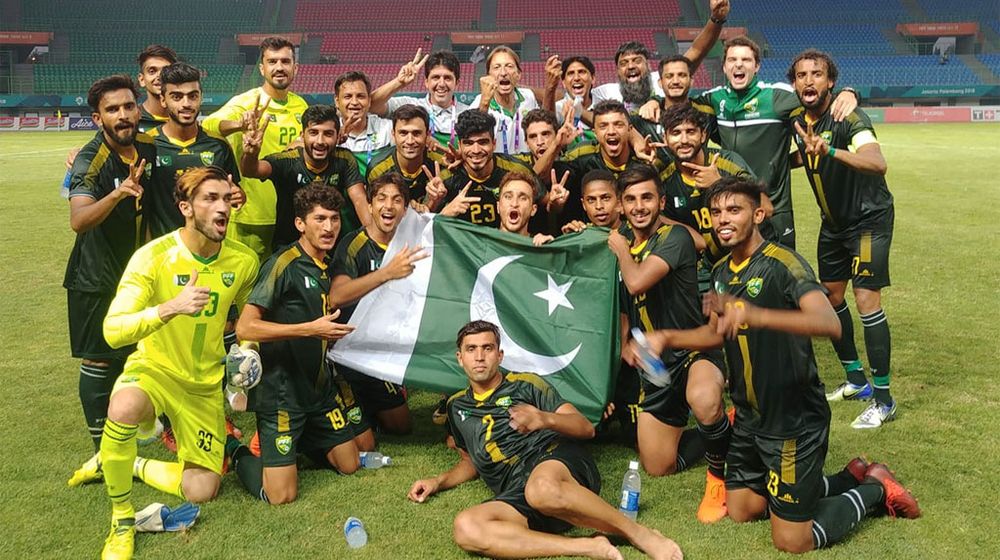 After plenty of confusion regarding participation in FIFA 2022 World Cup Qualifiers, Pakistan is finally playing Cambodia on home and away basis on June 6th and 11th.

Two of the lowest ranked sides in Asia will take on each other at Phnom Penh in Cambodia on June 6th, while Pakistan’s home fixture will be played at Hamad bin Khalifa Stadium in Doha on June 6th.

The venue will not host any World Cup matches, however, it provides Qatar an opportunity to host an international fixture well ahead of football’s showpiece event.

Earlier, there was confusion and speculations surrounding the qualifiers that Faisal Saleh Hayat’s faction was aiming to move the home leg out of the country for a number of reasons.

For reference, the PFF is now divided into two groups. One is led by Faisal Saleh Hayat while Syed Ashfaq Hussain Shah was elected as the new chief last year when Supreme Court intervened to conduct the elections.

However, the tussle has not come to a halt yet as FIFA and the Asian Football Confederation still recognize Saleh Hayat as the PFF head.

Even the training camps for players were held in two separate venues. One was in Islamabad while Bahrain hosted the other camp. The players were also equally split for the camps.

Pakistan will have to step up their game against Cambodia to make their way to the next round of qualifiers. Pakistan boasts a poor record in qualifiers. FIFA’s official website reads Pakistan’s preview for the qualifiers as:

Pakistan boast the worst historic record of all 12 participating teams with zero wins from their 30 matches stretching back to the Italy 1990 campaign. They did, however, secure one of their four draws in 2015 against a Yemen side that subsequently qualified for the AFC Asian Cup.

The home game in Doha will once again deprive the football fans in the country of an international match. There have been plenty of questions regarding the cost and logistical arrangements for the match in Doha and with all the mess, it remains to be seen whether the fixture goes on as scheduled.