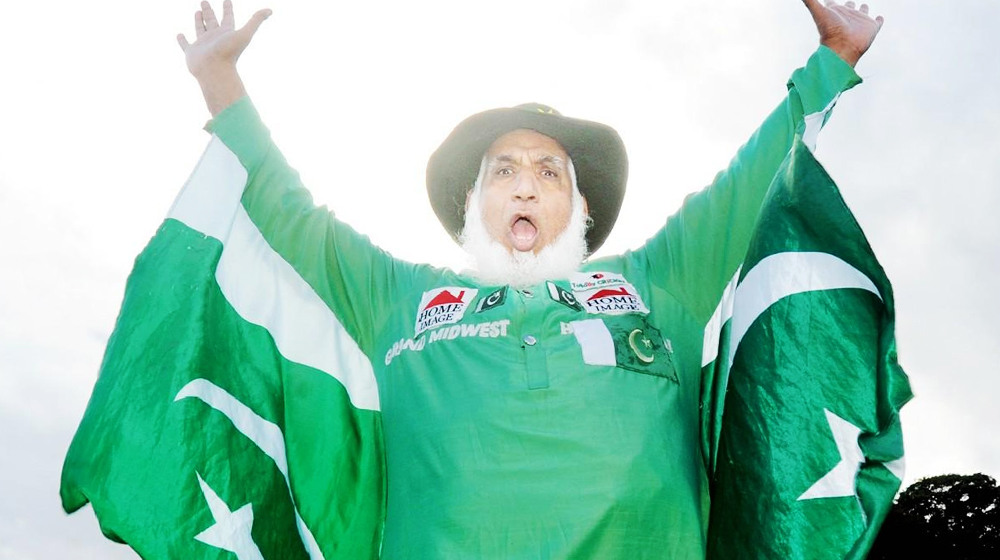 Chaudhry Abdul Jalil, popularly known as Chacha Cricket, is no stranger for cricket fans in Pakistan. He is probably the biggest fan of Pakistan cricket and he is always there to cheer the Men in Green, no matter where the team plays.

You can see him hoisting Pakistani flag in Pakistan, UAE, England, Australia, the Caribbean, and elsewhere.

Chacha Cricket will finally get a global award at the ICC Cricket World Cup 2019 which starts on 30th May.

Talking about the award, he said:

After five decades of cricket frenzy madness, I am overwhelmed to get my first global recognition. This is an emotional moment for me and I would like to thank my family and all well wishers who stood by me.

According to a local media outlet, the 69-year-old will be awarded a Global Sports Fan award during the event for his services to cricket in general and Pakistan cricket in particular.

Abdul Jalil’s iconic Green Shalwar Kameez with a crescent and star has prompted many die-hard fans to emulate him and earn the same level of recognition he has got throughout his years. He has dedicated his life to supporting Pakistan cricket at all stages and he is not stopping even when he’s nearing 70.

Also getting the award will be two Indians, a Sri Lankan and a Bangladeshi die-hard cricket fan.