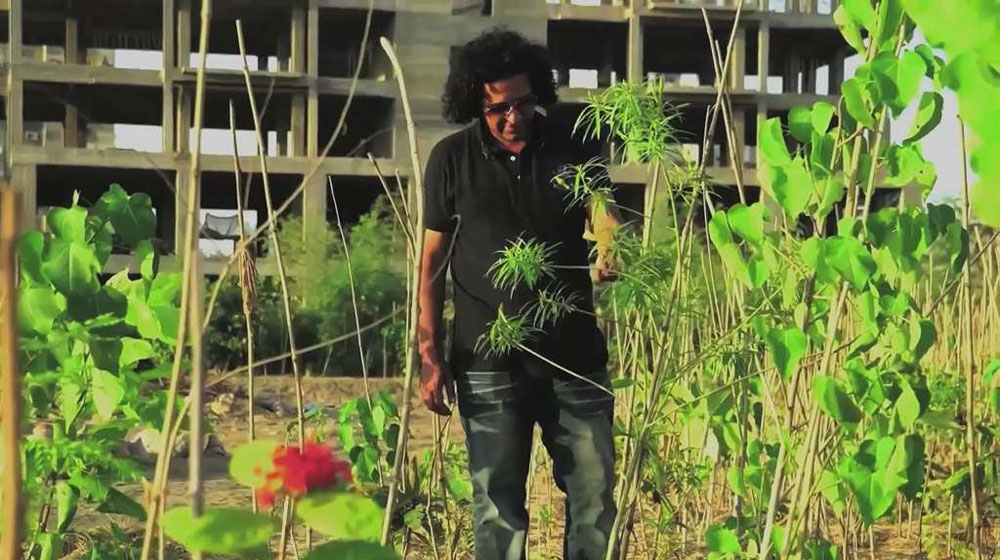 Have you ever seen a forest in a metropolitan city? No?

Meet Shahzad Qureshi from Karachi who is trying to build one in Pakistan’s most populous city.

For his efforts in bringing back the lost greenery of Karachi, Shahzad has been dubbed the ‘forest man’ by the locals.

In a recent interview with CGTN, Shahzad revealed that he had acquired a public park from the government on a five-year agreement, promising to transform it into a small forest-like area.

He says that he is using a Japanese technique which can “grow a forest anywhere, of native trees, without the help of fertilizers or chemicals.”

Shahzad says that he wants to create 25 similar small forests across the city.

The project, according to Shahzad, was a success at the initial stage as the plants grew faster across the park.

But, it hit a snag as the park was recently sealed and the agreement was canceled by the Karachi Municipal Corporation (KMC).

He believes some elements within the corporation don’t want the project to go through.

The forest man revealed that he even dug into his own pockets to realize his dream of returning the lost beauty of this city.

Shahzad was adamant in his belief that the completion of his project will not only help bring down the city’s soaring temperatures; it will also help in the fight against air pollution.

He appealed to the Prime Minister Imran Khan, who is a staunch believer of plantation across the country to beat the global warming effects, to help him achieve his goal as it resonates with the PM’s agenda.