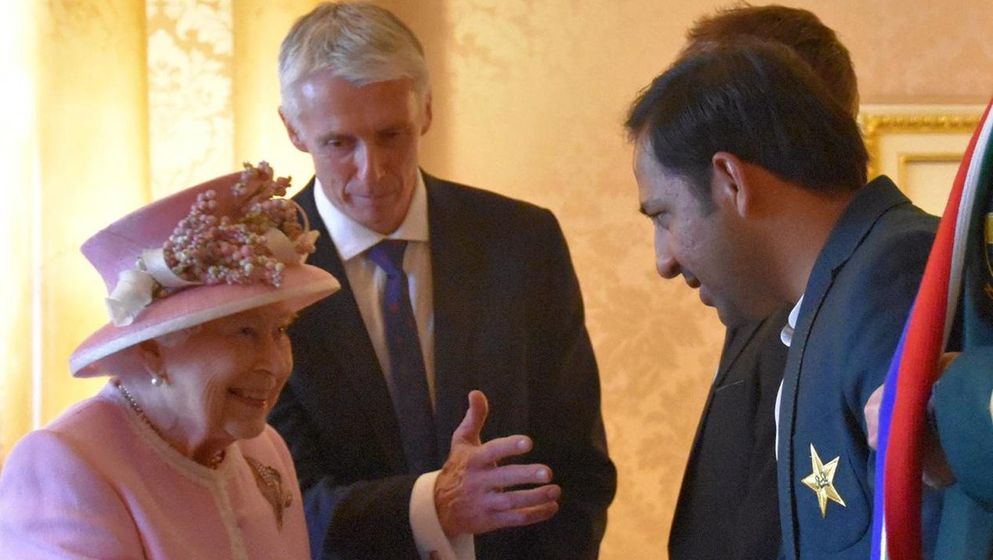 Shalwar Kameez is Pakistan’s national dress and it was heartening to see Pakistan cricket team’s captain Sarfaraz Ahmed wear it in a formal meet-up with Britain’s Queen Elizabeth II. The ten captains also met with the Duke of the Buckingham Palace on Wednesday.

The skipper, won the hearts of millions of Pakistanis when he decided to uphold the dignity of our traditional Shalwar Kameez. No other captain wore any of their traditional dresses which makes us all love our captain even more.

The step has roped in plenty of praise from all circles on the social media and this might well let all those who were pessimistic of Pakistan’s chances to start supporting the team.

Here’s what the people are saying:

He was the only captain to wear a traditional dress in the high-profile gathering.

Only cricketer with his National dress, we all Pakistan nation salute you #SarfarazAhmed pic.twitter.com/IQotGrhLq8

Proud of our cultural heritage.

Being unique makes you prominent.

It made the day for many.

This makes my day, what a worth seeing moment. Nations build up due to following own Culture. We will change together Insha Allah.#SarfarazAhmed pic.twitter.com/cSyrY1TLph