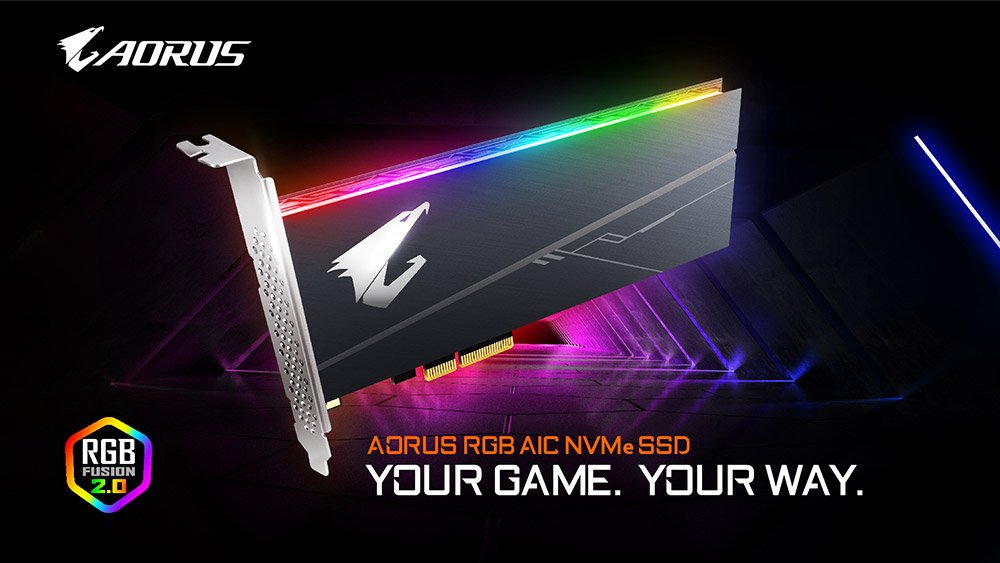 Probably the fastest consumer SSDs in the world.

Earlier on Twitter this week, PC hardware maker Gigabyte revealed the “Aorus AIC Gen4”. The device is a PCIe 4.0-based SSD card with 8TB of storage with incredible read/write speeds.

The AORUS NVMe Gen4 SSD can hit up to 5,000MB/s in read speeds and 4,400 MB/s in write performance. This is about 56% faster read and over double the write speeds of Samsung’s 970 EVO, which is currently one of the fastest SSDs on the market.

Aorus AIC is roughly the size of a modern-day high-end GPU with an aluminum shroud containing thermal pads that help dissipate the massive amount of heat the SSD can produce.

The SSD also comes with its own built-in fan and a full body copper heat spreader for maximum cooling efficiency. Gigabyte claims that the heatsink reduces temperatures by about 14%.

The only way to get the most out of it, for now, will be to buy Gigabyte’s X570 motherboard and one of the new Ryzen 3000-series processors. Not to mention that it works with PCIe 4.0, which isn’t widely available.

Gigabyte never mentioned the pricing for the AORUS Gen 4 NVMe AIC 8TB during the event. Everything, including the AORUS SSD, the motherboard and Ryzen chips, will be available sometime in July.

Looking at how the SSD tech is progressing with PCIe 4.0, we can expect to see some good competition between storage manufacturers by the time the AMD’s 3rd generation Ryzen processors and the X570 motherboard become available.