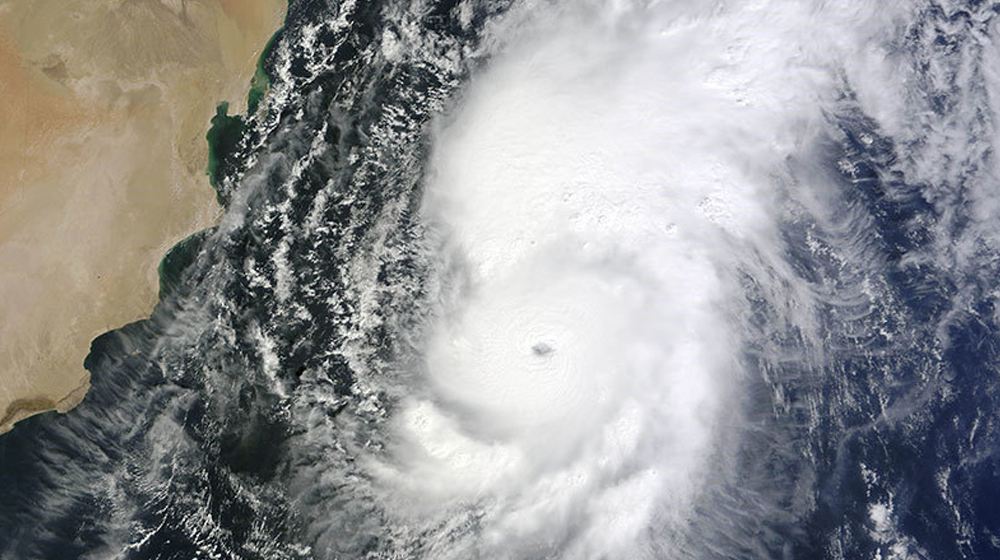 The Pakistan Meteorological Department (PMD) has informed that a cyclone is developing in the Arabian Sea. However, it cannot be determined whether the hot weather conditions would elevate or intensify, as the system is still developing and may or may not turn into a cyclone.

“It’s still developing, so we can’t be specific, but if it does turn into an intense cyclone, it could either bring down or increase the temperature in the city by trapping sea breeze,” says a Met department representative.

The department issued an alert on Monday, warning that a well-marked low-pressure area in the East Arabian Sea has strengthened into a depression at a distance of around 1500 kilometers south of Karachi.

The department also ruled out the risk of a cyclone hitting Karachi or any coastal area of Pakistan.

“The system is likely to move initially north/northwest-ward and strengthen further into a tropical cyclone during the next 36 hours. Currently none of Pakistan’s coastal areas [are] under threat from this system,” stated the alert.

The department has advised the fishermen to remain alert and not undertake any activity in the deep sea.