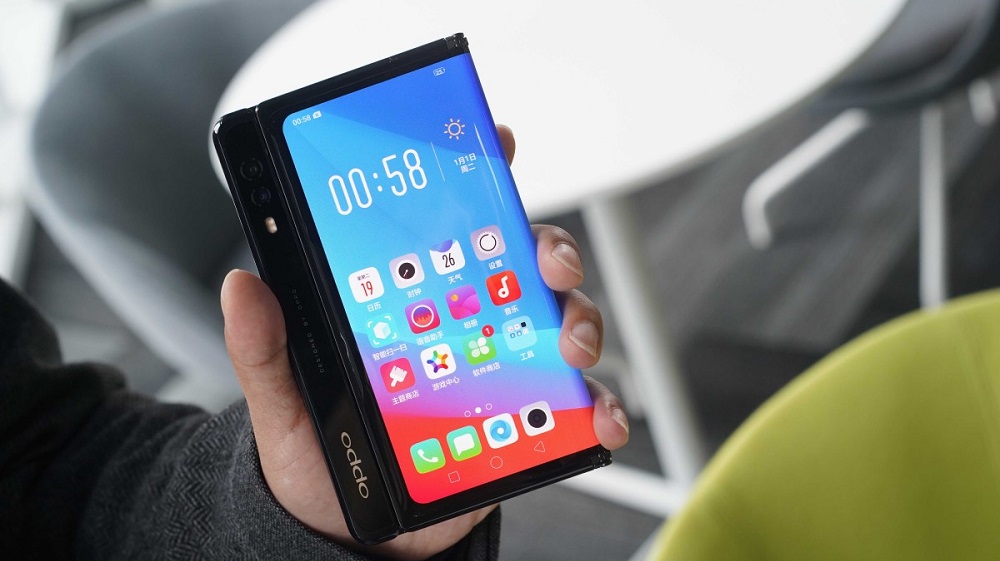 This year started with a lot of talk about foldable smartphones, especially since Samsung and Huawei were all about the Galaxy Fold and the Mate X respectively. Unfortunately, things didn’t turn out the way they were supposed to.

Galaxy Fold faced a massive setback with its hinge and display malfunctioning thus, causing Samsung to delay the launch indefinitely. On the other hand, we have no word from Huawei regarding the launch of Mate X, it was due to launch in mid-2019 but we are still waiting for news from the Chinese phone maker.

During this whole episode, a less prominent prototype by Oppo was also showcased. In October last year, Oppo filed a patent for its foldable phone with the World Intellectual Property Office (WIPO).

The patent was accepted and published recently. Since it is a patent, we did not get our hands on any specifications, but we did get some colored renders of the foldable phone. The renders show that the phone will fold outward and the hinge will provide rigid support.

The renders show a 3.5mm headphone jack and a pop-up selfie camera. The pop-up camera seems like an intelligent choice since the phone will not have any obtrusive bezels. The pop-up camera will also allow the users to take photos in both, folded and unfolded orientations.

However, considering Brian Shen’s (Oppo’s VP) skeptical view regarding foldable phones we are doubtful the phone will reach its final version anytime in the near future.