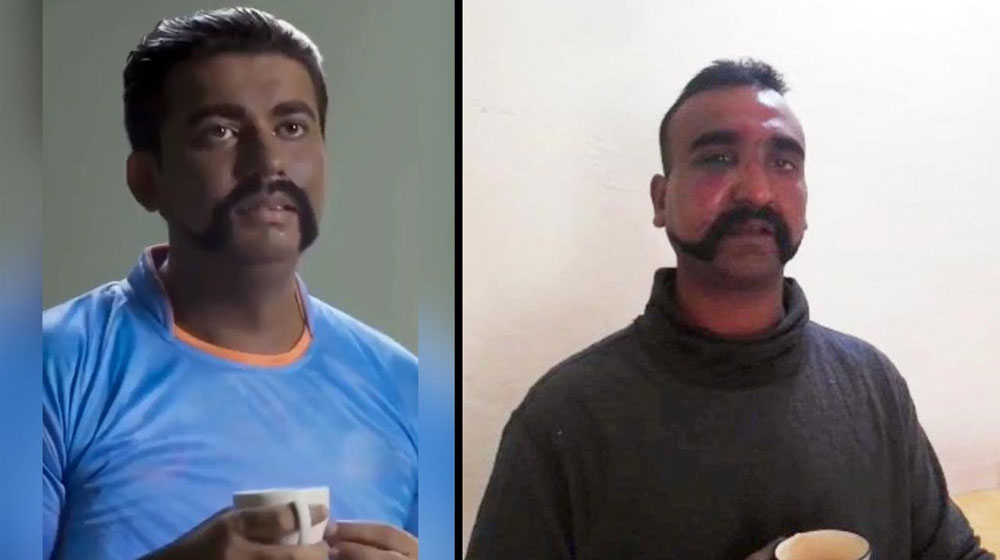 A recent advertisement attributed to a Pakistani telecom company, Jazz, featuring a spoof of Indian captured pilot Abhinandan, has brought upon a lot of unjustified criticism on the company.

The video that shows a man similar to Abhinandan, responding to questions with his signature sentence; “Sorry, I am not supposed to tell you this,” is a depiction of a video released by the ISPR soon after the arrest.

Even though the ad doesn’t show any disrespect towards the neighboring country, ProPakistani has verified that Jazz did not release this video through its agencies and didn’t even push it on its electronic or social media channels.

Jazz confirmed this in their official statement as well:

Jazz supports content [only] released to its own electronic media through its official assets and social media handles. The company is a big cricket supporter and patron. Sports must be played with the spirit of camaraderie. We wish all World Cup teams the best.

While the video was not released on any of Jazz’s official social handles, it was more on a lighter side opposed to the ads from a leading Indian sports channel notorious for using cricket enthusiasm to fuel anti-Pakistani national sentiments via MauquaMauqua and Baap Agaya Hai ads that were endorsed across India.

According to a source privy to the matter:

The video could have originated as a concept pitched to the company that never made the cut but was leaked through WhatsApp by some rogue individuals.

Indian media, without following the journalistic norms and confirming if this was an official release, was quick in targeting Pakistan’s leading telecom company for an ‘error’ it never made.

While not much is expected from the Indian press, the sad part is that the renowned international media outlets such as BBC and RT have also covered Indian reactions to an amateur social media video which had nothing to do with any local company.

Fortunately, some Indians believe that their media should refrain from hate-mongering and let sports be an exercise in togetherness and inclusion.

our hero #Abhinandan ahead of #INDvsPAK World Cup cricket pic.twitter.com/72Mx1KjirG

Now a battle over a Moustache 😜😃😀😄let's have some good healthy cricket instead 🏏🏏 #Abhinandan https://t.co/FCiX61pz3t