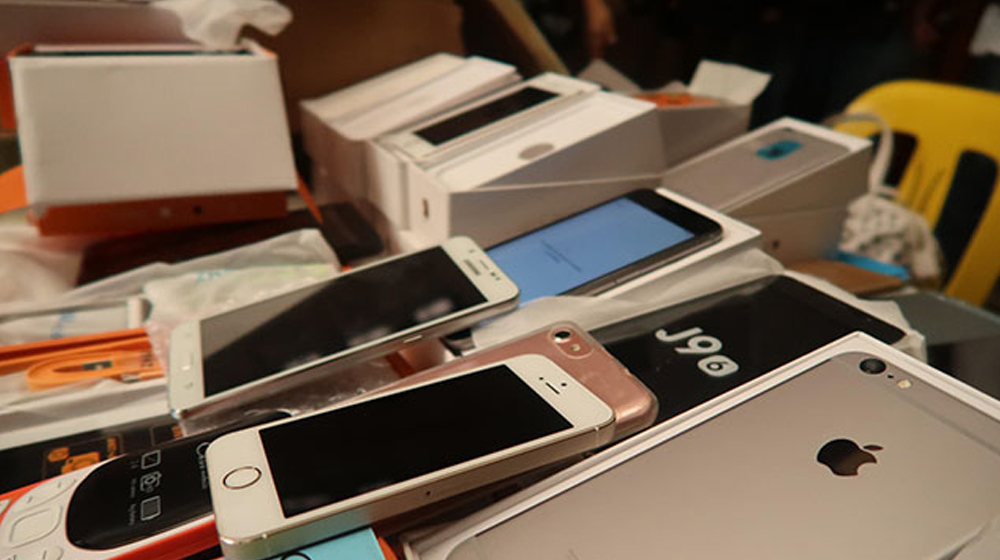 The decision has been taken to generate additional revenue as well as to stop the misuse of the baggage rule.

International travelers will have to pay taxes even if they bring a single mobile phone, once the government notification is issued.

During a press conference of the Federal Board of Revenue (FBR) on budget 2019-20, Member Inland Revenue and Policy, Dr Hamid Ateeq, revealed that the baggage facility is being misused and therefore it has been decided to withdraw this facility.

The government’s new initiative, i.e. Device Identification Registration and Blocking System (DIRBS), that aims to curtail smuggling of mobile phones has reportedly failed to achieve the desired results due to the legalization of smuggled phones through possible loopholes in the existing system at airports.

Misuse of data is being done in violation of FBR baggage rule law where user credentials, including passport and CNIC, are being used to register phones under the baggage rule exemption.

Pakistan Telecommunication Authority (PTA) has also confessed that passenger data was leaked and those details were used for illegal registration of mobile devices (through DIRBS) with the connivance of travel agents and the data available at airports.

PTA has sent around 760 cases of data theft to the Federal Investigation Agency (FIA) and several arrests have been made so far.

It was also observed that mobile phones are also being registered in the name of children and it cannot happen without the involvement of internal resources. The system was launched to curb smuggling but it has done less good and caused more problems for customers.