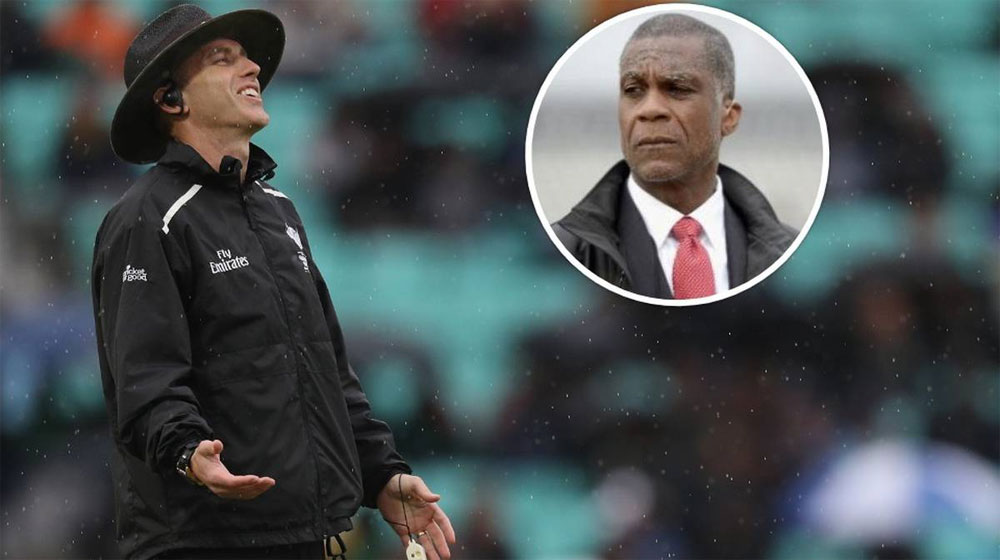 Legendary West Indies fast bowler and a senior cricket commentator, Michael Holding, has lashed out at the International Cricket Council (ICC) for asking him not to point out the dismal state of umpiring during the World Cup on live TV.

The Windies great called the umpiring decisions “atrocious” during the game between Australia and West Indies on June 6, which Aussies won by 15 runs.

The next day, he received a detailed email from Huw Bevan, the production head for ICC’s rights partner Sunset & Vine Asia, asking him to refrain from amplifying the umpires’ mistakes on TV.

Bevan reminded him about “the importance of maintaining the highest standards and upholding the game’s best values and spirit while covering the tournament.”

Holding criticized ICC’s move as ‘censorship’ from the cricket governing body and refused to cave in.

“I am sorry, but I am not going to be a part of that. Please let me know if I should be heading back to my home in Newmarket instead of heading to Cardiff because I don’t agree with what is being suggested here and happy not to be part of it,” Holding wrote back.

If those umpires yesterday were FIFA officials, they would have been told to pack their bags and head home. They would not have been given another World Cup game to officiate. As a former cricketer, I think cricket should be held to a higher standard. Is the objective to protect the umpires even when they do a bad job?

However, there has been no correspondence between the two parties since then, and sources privy to the matter say the ICC considers the case closed.

It remains to be seen if this would hold Holding back from speaking his heart out on the mic.