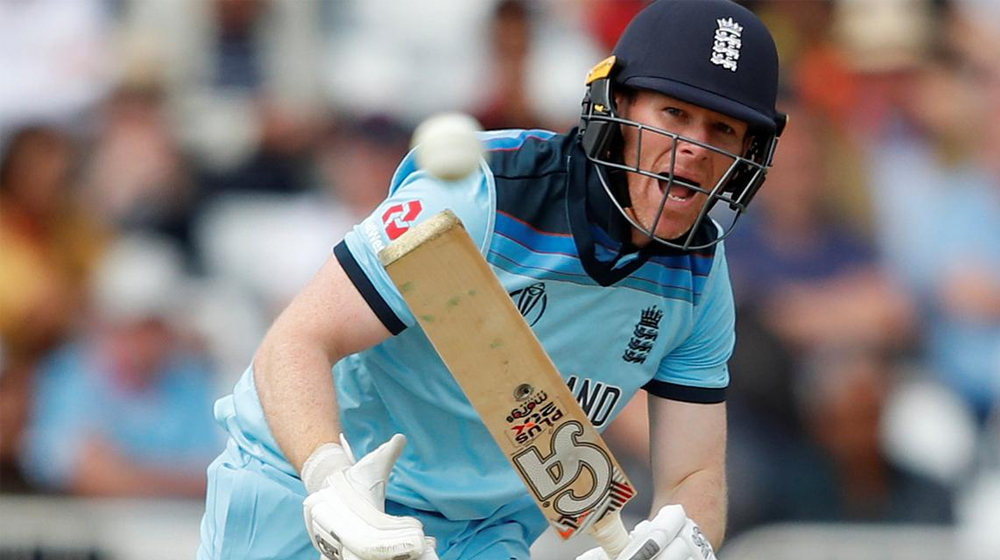 The English skipper Eoin Morgan set a new world record for most sixes in an innings in ODI history.

England were running a riot thanks to Jonny Bairstow and Joe Root’s 90 and 88 respectively but the skipper stole the show as he dispatched the Afghanistan bowlers for 17 sixes and 4 fours to read 148 from just 71 deliveries.

Previously, the record was shared between Rohit Sharma, AB de Villiers and Chris Gayle. All three batsmen had hit 16 sixes in an innings, which Morgan surpassed.

The left-hander targetted Rashid Khan as one of the bowlers who conceded 110 runs from his 9 overs. Rashid Khan is one of the most successful T20 bowlers and Morgan hit him for 7 sixes.

Rashid Khan’s spell of 110 runs is now the highest runs ever conceded by a bowler in World Cup history and 3rd overall in ODIs, equalling Wahab Riaz who was dispatched for 110 runs from 10 overs against Australia in 2016.