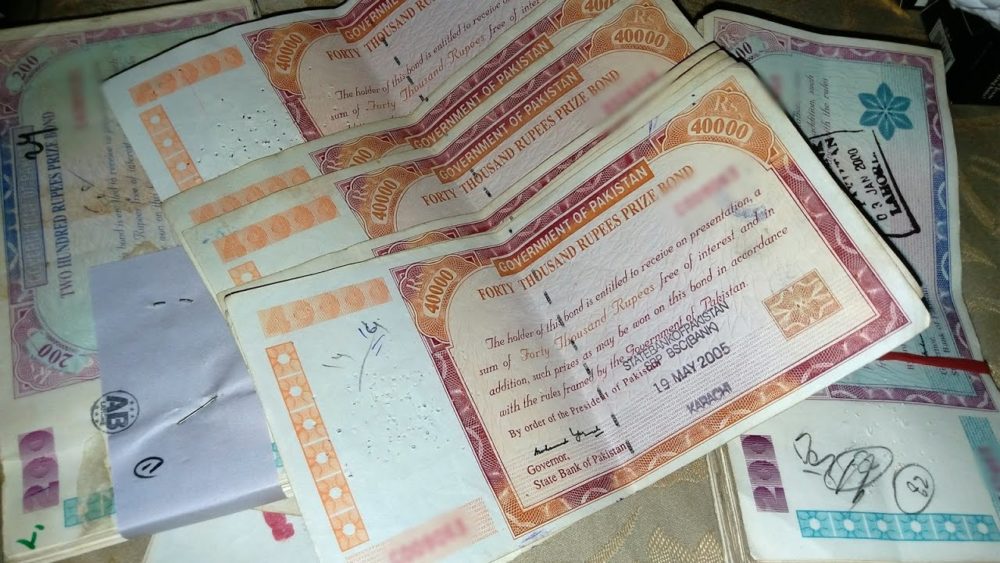 The government of Pakistan has offered relaxation to the bearers of Rs. 40,000 denomination prize bonds, allowing the investors to register their unregistered bonds by up to March 31, 2020.

The government gave a nine-month deadline to Rs. 40,000 denomination prize bonds holders to convert their saving instruments to either cash or in other securities.

Following the decision of the Economic Coordination Committee’s (ECC) of the cabinet, the holder of Rs. 40,000 denomination prize bond can benefit from various facilities in registering their bonds, according to a press statement issued by the Finance Ministry here.

However, ECC has decided that no further prize bond draw of Rs 40,000 would be held, however, all the prize money claims on the already held draws can be claimed within the period of six years from the date of the respective draw, as per National Prize Bonds Rules, 1999.

The move is likely to address concerns of the global watchdogs, who are suspicious about the parking of black money through these bonds. Pakistan is currently on the graylist of the FATF.

People have invested over Rs. 950 billion in all types of prize bonds and over one-fourth of the total investments was in the Rs. 40,000 denomination bonds.

Furthermore, in case the bond holder desires to encash the bond, the encashment proceeds would be credited to the specified bank account of the holder.

In this context, SBP, as well as all the banks, would extend their maximum support to make sure the transfer of payments to respective account of the holder.

The registered bonds are secure and not prone to forgery and theft. Finance Division has already discontinued the fresh issuance of Rs. 40,000 bearer bonds w.e.f. February 14, 2019.