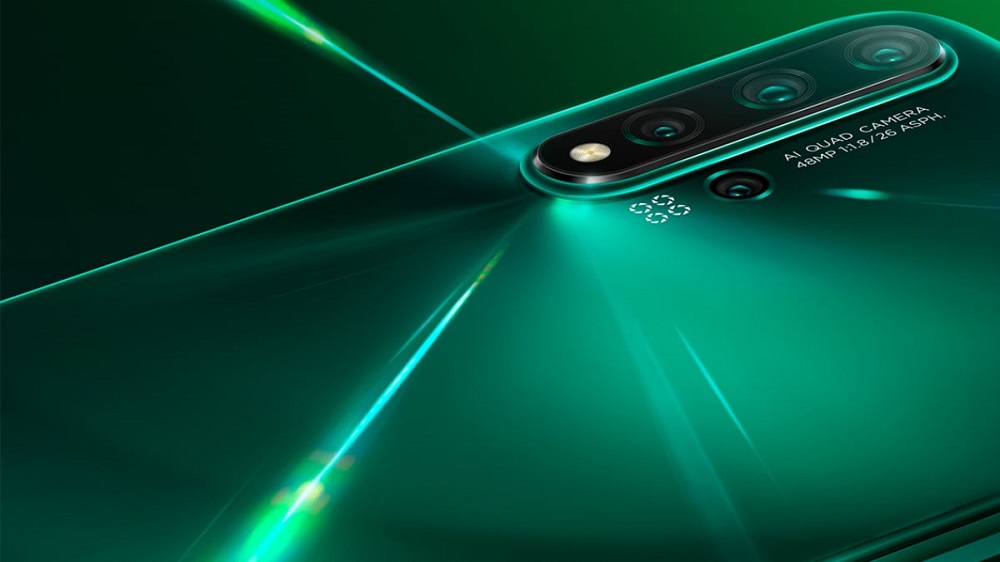 Pretty decent mid-rangers for the price.

Huawei has announced some pretty handsome devices in its Nova series in China. Huawei’s Nova family usually consists of a reasonable flagship, an affordable ‘i’ variant and a mid-range product. The newly announced Nova 5 family is no less, with a regular Huawei Nova 5, Huawei Nova 5i and a Huawei Nova Pro.

The first three generations of the Nova series were released after a year’s gap each, but since Nova 4, the series is being rolled out with a gap of 6 months. It is good to see Huawei is still doing great despite the ban from the US.

Huawei Nova 5 Pro is the reasonably priced flagship model of the family and has some great specifications. 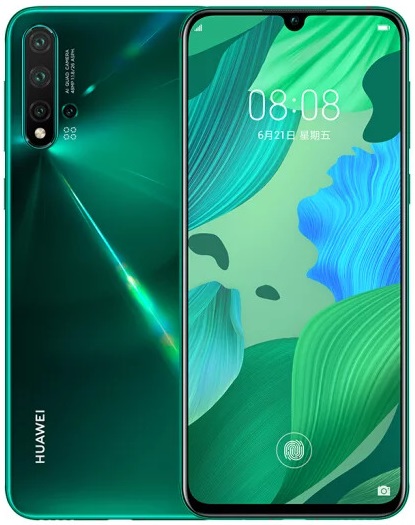 Huawei Nova 5 Pro follows the generic Nova series design, like the rest of the family. It has a glossy glass finish on the back with a Quad sensor rear camera vertically aligned on the left.

The back is made reflective so that it scatters the light to give a 3D holographic effect. The fingerprint sensor, however, is not housed on the back this time and is incorporated in the screen.

The colors of this phone are quite peppy and are inspired by soda cans.

Display wise, the phone comes with a 6.39-inch Full HD+ OLED touchscreen with an under-display fingerprint scanner and waterdrop notch. With 1080p resolution, it provides 402 ppi pixel density and a 19.5:9 aspect ratio.

On the hardware front, the phone is powered by the flagship Kirin 980 chipset that is paired with 8 GB RAM and 128 GB/256 GB built-in storage. The storage is expandable up to 256 GB with via a hybrid memory/SIM card slot.

Huawei has ditched the 3.5mm audio jack and only uses the USB type-C connector. Software-wise the smartphone runs on EMUI 9.0 flavored Android 9.0 Pie.

The primary sensor of the camera comes with AI stabilization accompanied by Huawei’s standard filters. On the front, we have a 32 MP single sensor camera with f/2.0 aperture.  According to Huawei, it’s capable of capturing more light in dim-lit conditions.

The whole package is fueled by a 4000 mAh battery with 40W fast charging.

There is also a Huawei Nova 5 Pro limited-edition phone that comes with special purple lace-free headphones that costs $550. The phone is scheduled for shipping by 28th June. 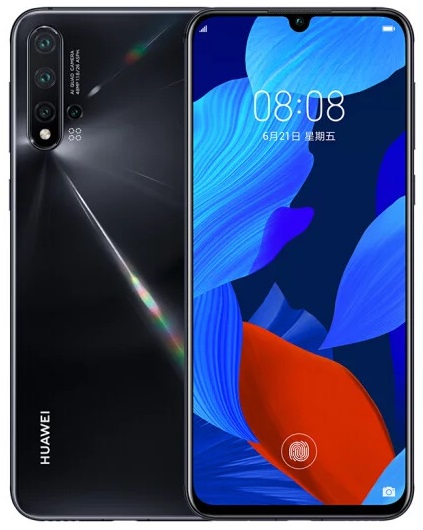 Huawei Nova 5 is identical to Huawei Nova 5 Pro in every aspect except the processor and memory. The design and display, camera and camera options, battery and fast charging are the same.

Huawei Nova 5 is the first Huawei phone to be powered by their new Kirin 810 chipset. Which is why the phone will not be available for sale before mid-July. The manufacturing of the new chipset requires some time.

Huawei’s Kirin 810 chipset is based on TSMC’s 7nm process. It is a successor to Kirin 710 is will likely replace it in upcoming smartphones. The chipset features an 8-core CPU with two Cortex A76 cores clocked at 2.27GHz along with six Cortex A55 cores at 1.55GHz. Apart from this, the chipset also sports an NPU for AI-related tasks. The GPU used is Mali-G52 MP6.

Huawei Nova 5i is the less exciting member of the family. However, it is a more affordable as compared to the previous two. 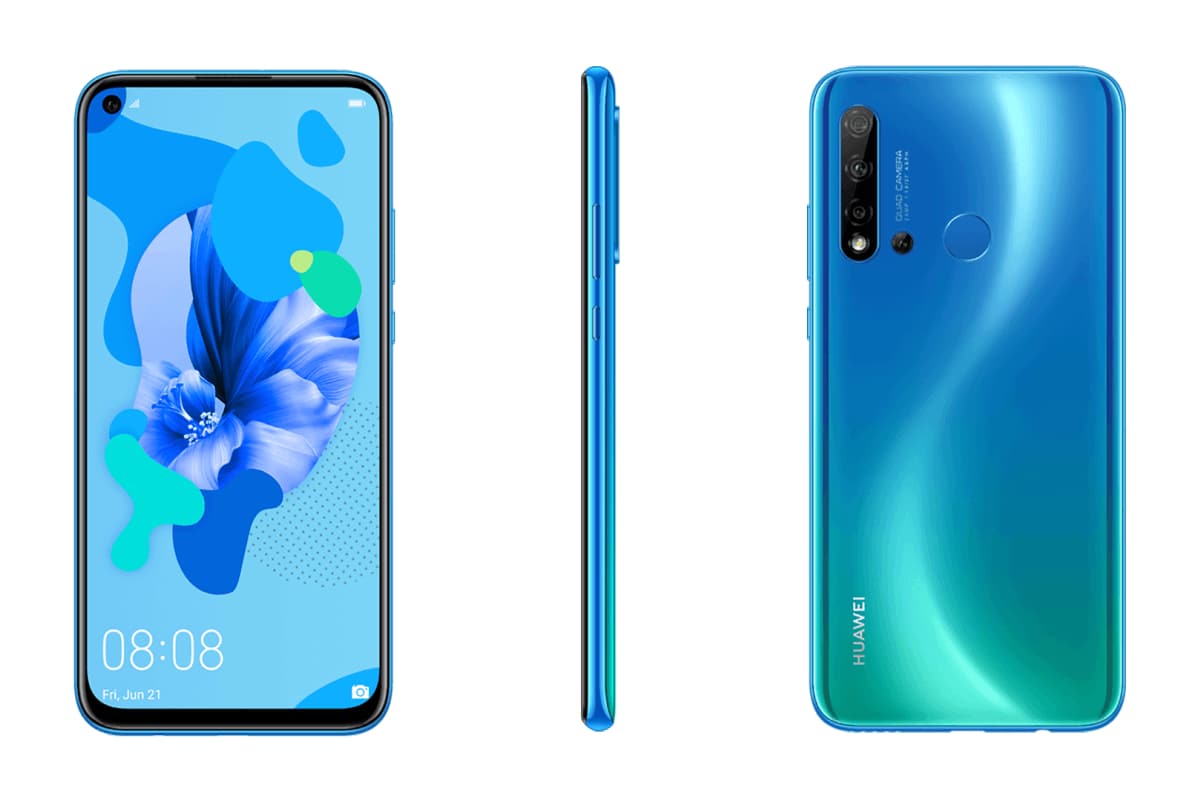 Huawei Nova 5i has the same reflective back as the previous two members of the family. It also comes in funky colors with a 3D holographic effect. Unlike Huawei Nova 5 and 5 Pro, the fingerprint sensor is housed at the back with the quad sensor rear camera.

Under the hood, it has a Kirin 710 processor paired with 6 GB or 8 GB RAM and 128 gigs of built-in memory. The phone runs on Android 9.0 Pie topped with EMUI 9 like the other Nova 5 phones.

Huawei Nova 5i features a quad sensor rear camera with a 24 MP main sensor, an 8 MP wide-angle sensor, a 2 MP depth sensor and a 2 MP macro lens with the same filters and features as the other members. On the front, it has a single 32MP camera housed in the top left corner of the display.

The battery capacity of Huawei Nova 5i, like the other members, is 4000 mAh but it features 18W fast charging and not the 44W featured on the 5 and 5 Pro.

The basic variant with 6 GB RAM and 128 GB memory costs $290 and the maxed-out variant comes with a price tag of $320. Along with Huawei Nova 5 Pro, this will also start shipping by 28th June.

Huawei Nova 5 Pro, 5 and 5i Specifications