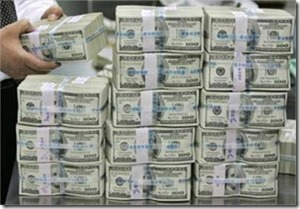 Money stashed by Pakistani nationals and enterprises in Swiss banks has fallen by 33 percent to its lowest level at CHF380 million (Rs. 63 billion) as of 2018.

Pakistani funds have fallen below the level kept by Indians for the first time in four years. This has been revealed by the Swiss National Bank’s (SNB) annual statistics report.

The report indicates that the Pakistani-owned money in Swiss banks had plunged by over 20 percent in 2017 (to CHF1,115 million) and by six percent in 2016. These funds had increased by 16 percent in 2015.

The report states that this has been the first time in four years when India has surpassed Pakistan, as its money accounts for over CHF572 million (Rs. 95 million). However, the report has not mentioned that the funds are from illicit sources. Also, the official figures announced by the SNB do not include the money kept in the name of shell companies.

Pakistan Can Now Get Bank Account Information from Switzerland

Both Pakistan and Switzerland have recently decided to share the financial information on bank accounts held by Pakistani citizens in Swiss banks and vice versa annually on an automatic basis. Both countries are expected to start collecting data from 2020 and exchange information on an annual basis from 2021.

In March 2017, then Finance Minister Ishaq Dar told that Pakistan had signed a new treaty with Switzerland after three years of negotiations to enable the exchange of information on the undeclared wealth kept in Swiss banks.