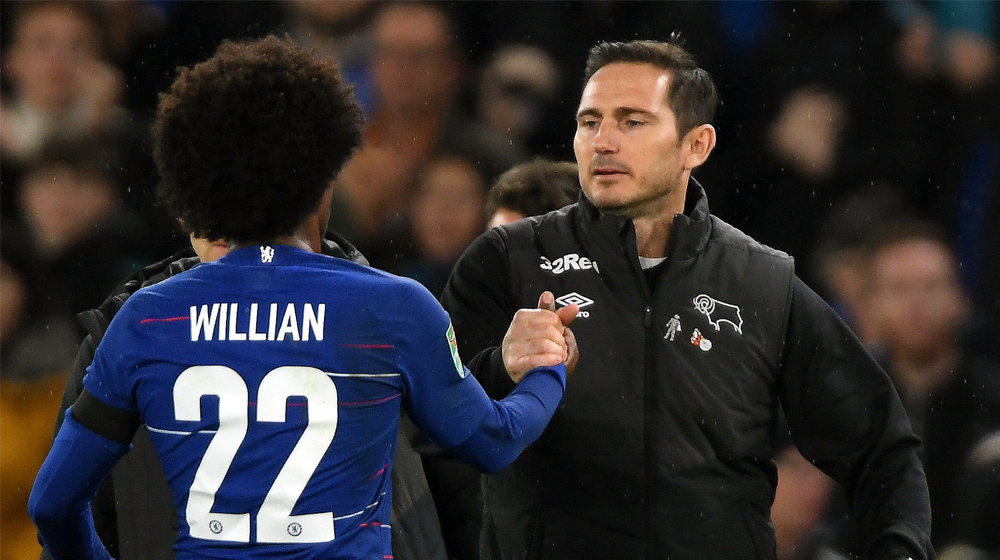 Chelsea hopeful for Lampard’s return at Stamford Bridge as manager.

Former Chelsea legend and current Derby County manager Frank Lampard has been excused from reporting for pre-season training duties, as he is said to be offered a role as head coach at Chelsea Football Club.

The 2012 Champions League winners recently parted ways with Maurizio Sarri, who joined Juventus, as the fans remained largely unimpressed with the Italian’s approach as a manager.

Sarri led Chelsea to Europa League glory in Baku against arch-rivals Arsenal and managed to reach the EFL Cup final against Manchester City and losing on penalties. In addition to that and despite having a mediocre squad, the Italian finished 3rd in Premier League against all odds.

His reported replacement, Frank Lampard, is said to be in talks with his former club. Derby County said that they have stepped up their efforts to “find a suitable replacement”.

Ex-Chelsea captain and legend John Terry said there is “no one better equipped” to manage the club than his former team-mate.

Lampard impressed everyone with his spell at Derby as he helped the club reach the playoffs in the 2nd Division of English football. His style was labeled as “unique and effective” by many experts.

According to latest media reports, Chelsea are likely to finalize the contract details with Lampard and announce him as the manager before the club leaves for its preseason duties.