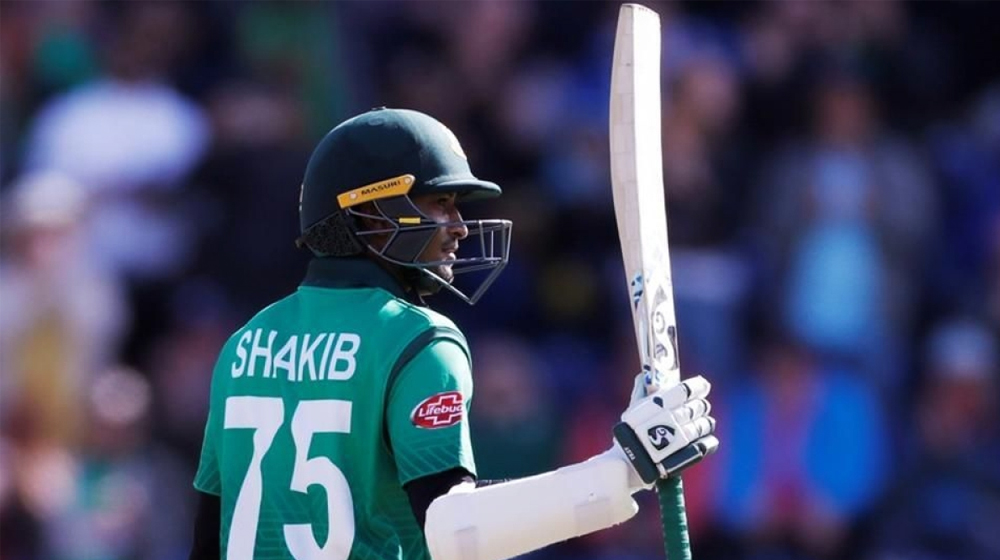 The Bangladesh all-rounder Shakib Al Hasan has transformed himself into a remarkable all-rounder and the World Cup 2019 has been a clear example of that.

The 32-year-old has become the first all-rounder in World Cup history to score 500 runs as well as pick up 10 wickets in one edition of a World Cup.

Prior to the start of the World Cup, Shakib took on the responsibility of playing as a specialist batsman for Bangladesh. His remarkable performances are highlighted by his statistics throughout the competition.

At this point, Shakib is the 2nd leading run-scorer in the competition – only 2 runs behind Rohit Sharma – having scored 542 runs from 7 matches with an average of 90.33.

Thus far, the left-handed batsman has scored 4 half-centuries and 2 centuries, including his remarkable 124* against West Indies.

Shakib also has 11 wickets to his name with an average of 31.09 whereas the economy is slightly on the higher side with 5.34. His best stats while bowling came against Afghanistan where he picked up 5/29.

Bangladesh, although out of the race for the World Cup semifinals, will look to finish strong against Pakistan who will be hoping to secure a big-margin win to boost their chances to go through.

The match between Pakistan and Bangladesh will be played on 5th July at Lord’s, England.