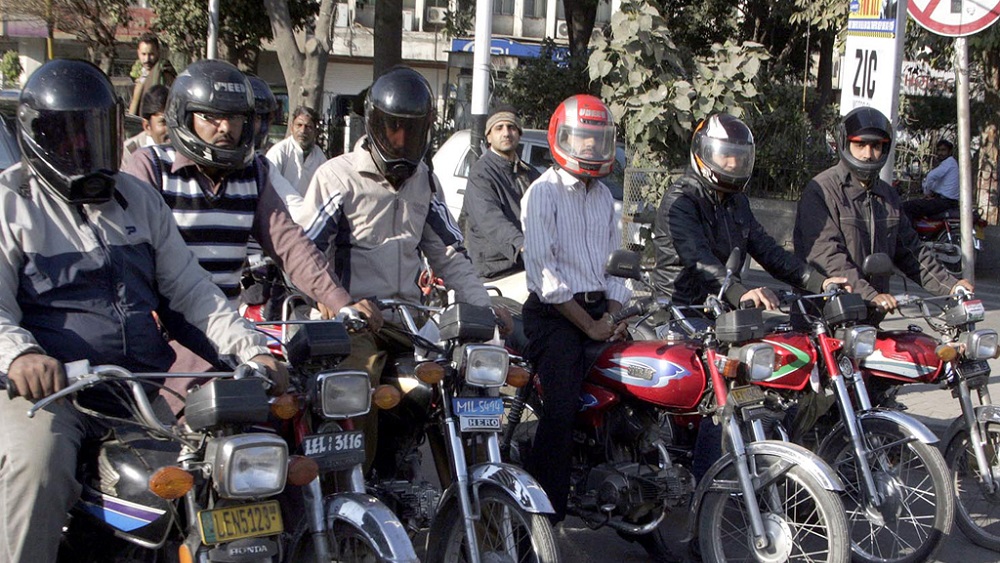 616 traffic wardens were bullied or assaulted by the public during the motorcycle helmet campaign in Punjab.

During the helmet campaign, hundreds of our wardens fell prey of public resistance. Some 616 wardens reported an assault in the last nine months or so.

Captain Liaquat said it was a matter of concern that the public, instead of supporting a healthy initiative and cooperating with the traffic police, turned to violence against wardens on duty.

Despite the resistance, the helmet drive in the province will continue. As per the numbers issued last month, almost 800,000 people so far have received tickets for not having a motorcycle helmet in Lahore alone.

Each rider was charged Rs. 200 fine on each violation.

On a separate occasion, the CTO Punjab had said that the department wanted to increase the amount on tickets but opted otherwise to avoid unnecessary criticism.

“Initially, we had planned a reasonable increase in the fines so that the violators could be punished aggressively. But we decided to implement the existing laws to avoid unnecessary criticism.”

He added that the Rs. 200 fine was not a massive burden on the citizens’ pocket but has had a significant impact on the success of the campaign.