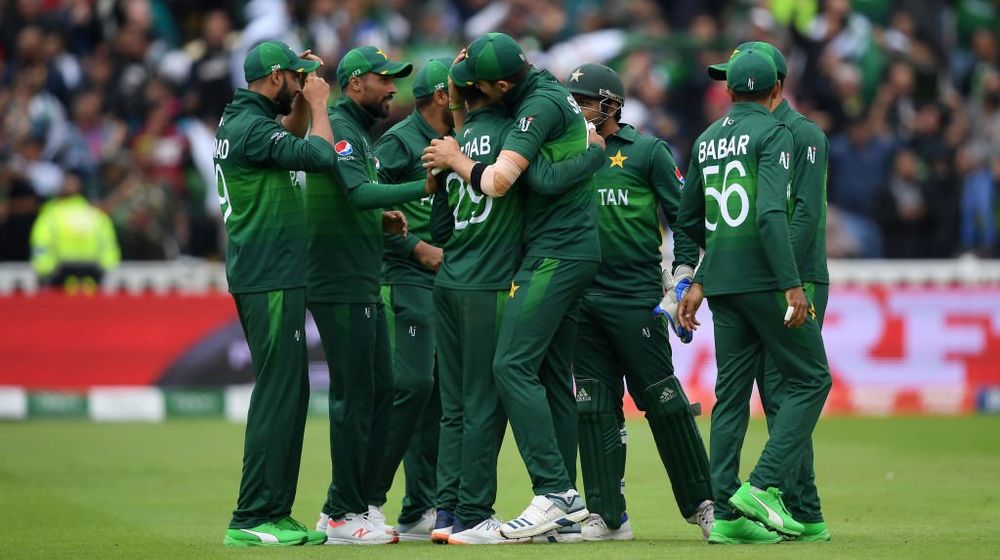 Cricket World Cup 2019 is coming to an end as the semi-finalists have been decided. There have been some incredible highs and lows for Sarfaraz XI in this edition of the World Cup.

With only three matches to go, we have compiled a list of all the records by Pakistan cricket team and the players.

105 all out against the West Indies was Pakistan’s shortest innings in World Cup history and second-lowest total after 74 vs England in Adelaide in 1992.

Losses on the Trot

The loss against West Indies in the opening match meant 11 defeats in a row in completed ODIs for Pakistan. This is Pakistan’s worst losing streak in 46 year long one-day internationals history.

69 runs in the first Powerplay against England was Pakistan’s highest score in the first 10 overs in World Cup matches since the Quarter Final against India in Bangalore in 1996.

Mohammad Hafeez scored a 50 off just 39 balls, equalling Misbah-ul-Haq’s record of second-fastest fifty for Pakistan in a World Cup.

A First in History

For the first time in 44 years, Pakistan used 4 spin bowlers in a World Cup match. Pakistan did it this year against India.

Babar Azam is first Pakistan middle-order batsman to score a World Cup century in 32 years. The last one was Saleem Malik in 1987.

Shaheen Afridi’s 10-3-28-3 against New Zealand is the most economical spell by a Pakistan fast bowler in World Cups since Wasim Akram’s 2-27 in Manchester in 1999.

The 19-year-old became the first teenager in the Cricket World Cup history to take 4 wickets in a match against Afghanistan.

This is the first time Pakistan have played 4 World Cup matches in a row with the same XI. They played the same team in consecutive matches against South Africa, New Zealand, Afghanistan, and Bangladesh.