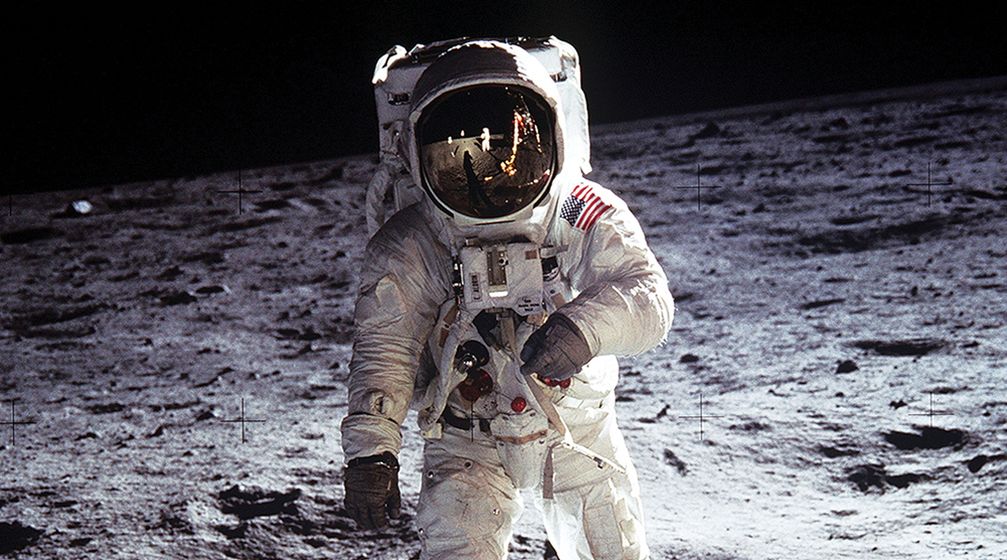 Fifty years ago, on 16th July 1969, at precisely 9:32am EST (6:32pm PST) one of humankind’s greatest achievements took another step towards completion as the space shuttle Apollo 11 was launched into space, its destination – the moon.

The space mission had been ten years in the making as the race between the USSR and USA sent animals and human beings into space as they attempted to become the first country to send humankind to the moon.

1) How long was the mission?

The Apollo 11 mission would last a total of 8 days from start to finish, the shuttle was launched on 16th July, 1969 and landing on the moon four days late on 20th July where after exploring the surface of the moon and collecting samples, it started its journey back and reached the Earth safely on 24th July.

2) Who were the Astronauts? 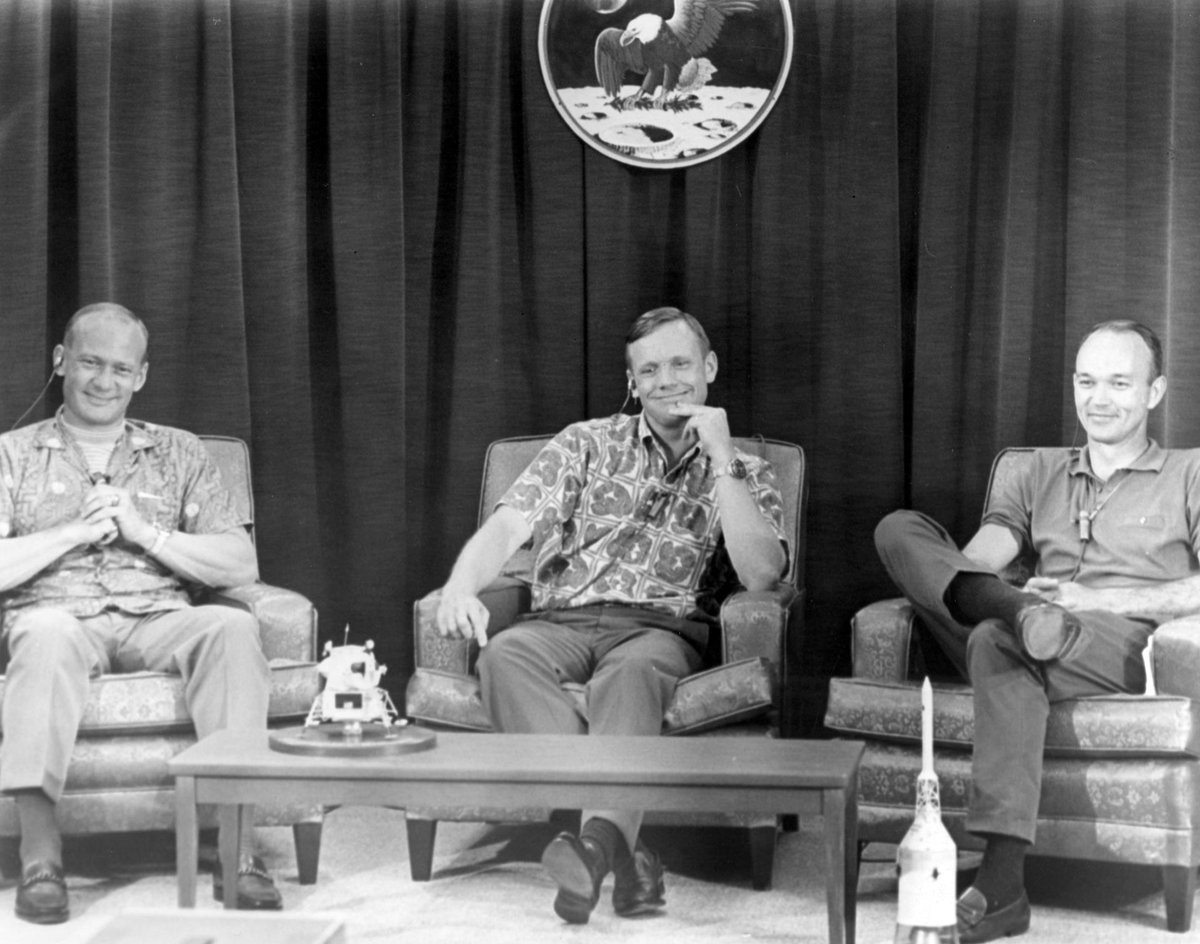 3) What did they have for breakfast on the day of the launch? 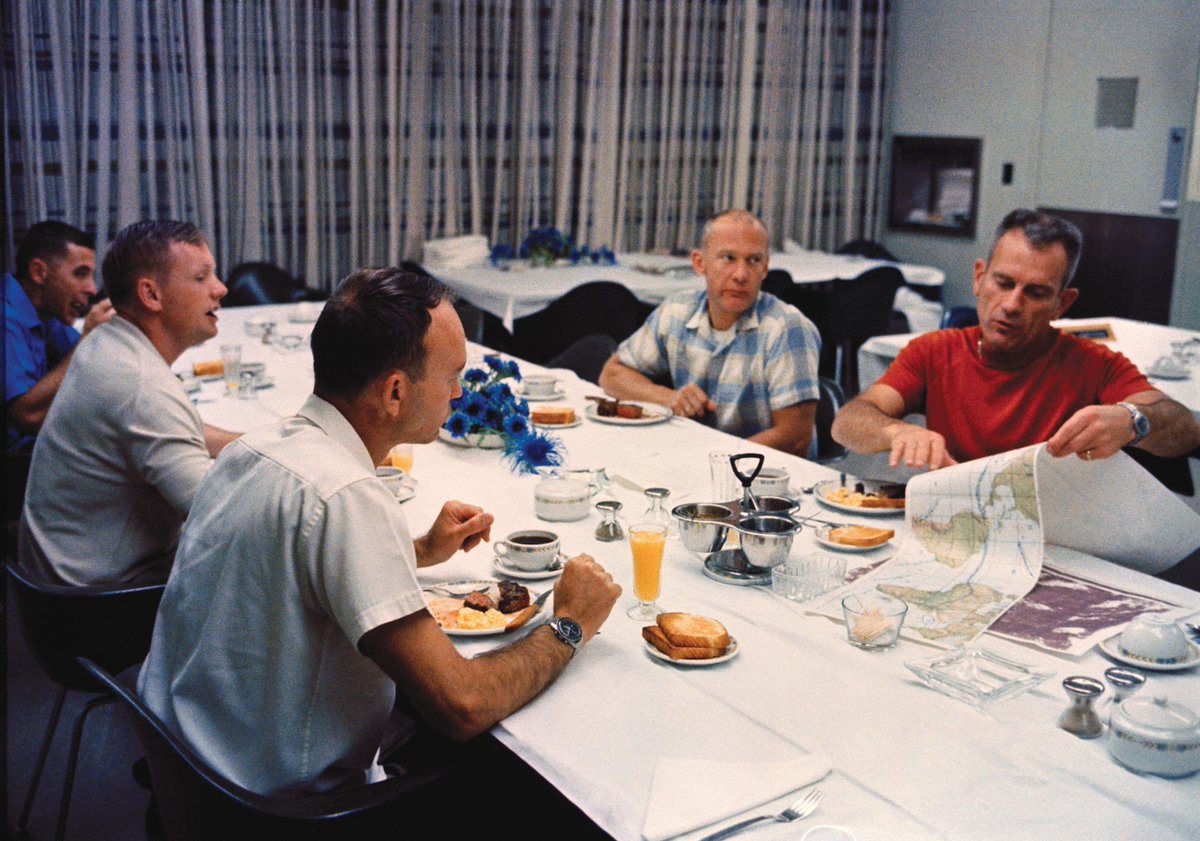 The Apollo 11 crew sit down to a breakfast of orange juice, steak, scrambled eggs, toast and coffee.

4) What was the Apollo Program?

Apollo was the NASA program that resulted in American astronauts’ making a total of 11 spaceflights and walking on the moon.

The first four flights tested the equipment used in the Apollo Program. Six of the other seven flights landed on the moon. The first Apollo flight happened in 1968. The first moon landing took place in 1969. The last moon landing was in 1972.

A total of 12 astronauts walked on the moon. The astronauts conducted scientific research there. They studied the lunar surface. They collected moon rocks to bring back to Earth.

5) What Spacecraft Were Used for the Apollo Program?

Another spacecraft, the Lunar Module, was used for landing on the moon. This spacecraft carried astronauts from orbit around the moon to the moon’s surface, then back into orbit. It could carry two astronauts.

Two types of rockets were used for the Apollo program. The first flights used the smaller Saturn I (1) B rocket. It was about as tall as a 22-story building. This rocket had two stages. That means it was made of two parts. When the first part ran out of fuel, it dropped away from the other and burned up in Earth’s atmosphere. The second part continued flying. The Saturn IB rocket was used to test the new Apollo capsule in Earth orbit.

The other flights used the more powerful Saturn V (5) rocket. This three-stage rocket sent the Apollo spacecraft to the moon. It was about as tall as a 36-story building. 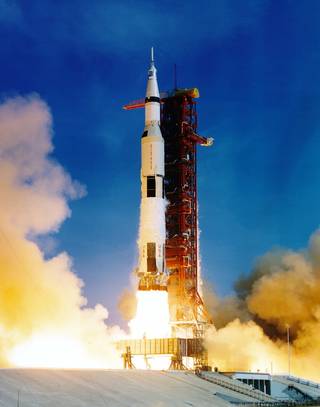 The Rocket in Question

6) When Did Humans First Visit the Moon?

Interestingly, the Apollo 11 mission was not the first manned mission to the Moon but it was the first where an actual landing took place. The first manned mission to the moon was Apollo 8. It circled around the moon on Christmas Eve in 1968. However, Apollo 8 did not land on the moon. It orbited the moon, then came back to Earth. The crew was Frank Borman, Bill Anders and Jim Lovell.

7) You can watch the complete mission!

Yes, you read that right, Software developer Ben Feist has created a time machine that answers that question. Built over 2 years, apolloinrealtime.org is an interactive, multimedia website that plays back the Apollo 11 mission as it happened in 1969.

The website accounts for each second of the mission, from 20 hours before launch to just after recovery. Feist synced all forms of media to mission time, giving visitors to the site the unique opportunity to experience the Apollo 11 mission its entirety. Every photo, video, and recording is organized chronologically and synced to mission time. The website includes 11,000 hours of Mission Control audio, 2,000 photographs, 240 hours of space to ground audio, and information on each of the lunar surface samples collected by Armstrong and Aldrin. The timeline at the top of the page keeps track of your place in the mission and highlights interesting moments. A search function enables users to look through the transcripts, commentary, and samples.

Here is how it was covered by the Media back the:

8) What message did they take from Earth? 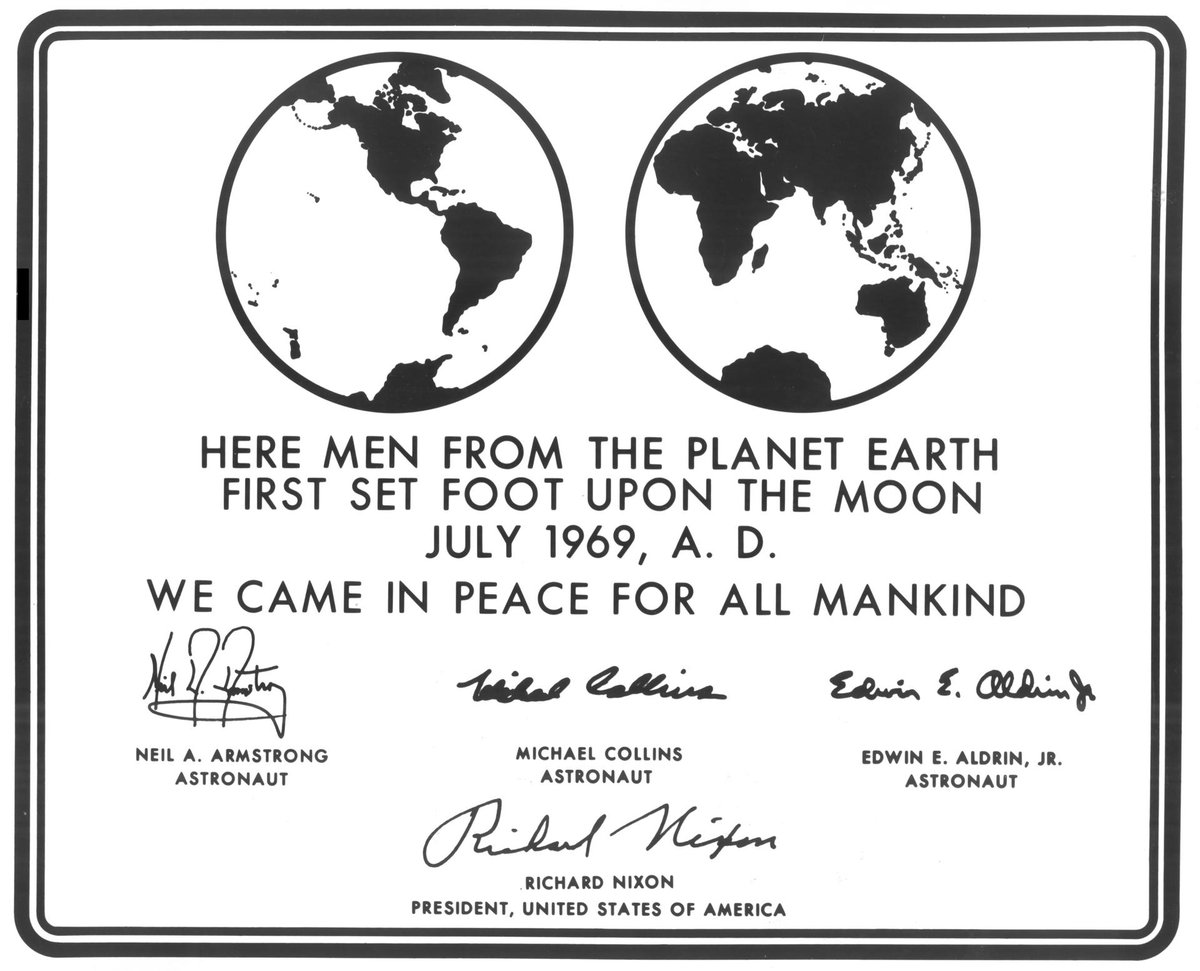 Apollo 11 left behind plaque attached to the Lunar Module’s descent stage. The plaque had the image of the two hemispheres of the Earth and was signed by President Richard Nixon and the three Apollo 11 crew members

Let us know what you think about this incredible mission and would you like to see us cover the Apollo 11 mission on a day to day basis?