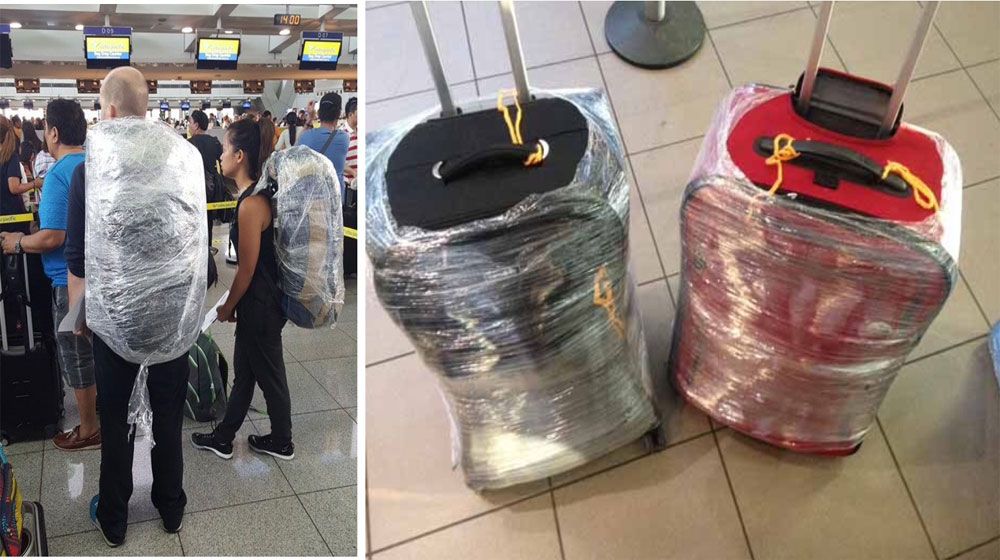 The government seems to be countering its anti-polythene initiatives by introducing what many called ‘bizarre’ baggage rules at the country’s airport.

Pakistan Civil Aviation Authority (PCCA) has issued a notification on July 18th making it mandatory for all the check-in baggage to be wrapped with plastic sheets.

According to the notification, the baggage of all domestic and international passengers will be plastic-wrapped before going to the scanning counters of Airport Security Force (ASF), Anti-Narcotics Force (ANF) and Customs.

The notification available with ProPakistani mentioned that price for the wrapping will be charged Rs. 50 per bag and it will be effective immediately. 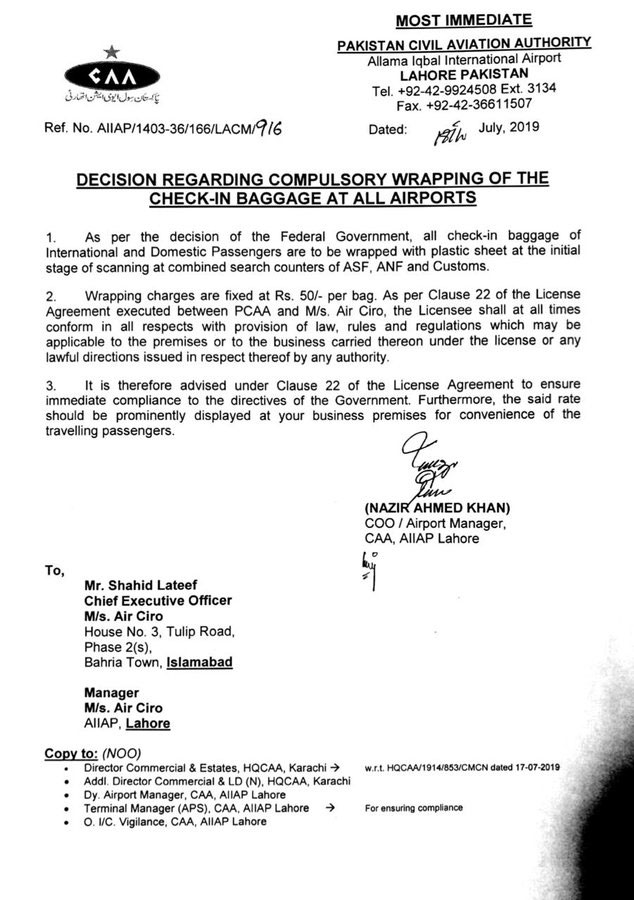 While the authorities said the initiative was meant for luggage security, experts believe this will only bring a bad name to the country.

“Also this actually reflects poorly on Pakistan. By making this mandatory, you are telling the world we can NOT keep your bags safe while they are at our airports,” Norbet Almeida, Security Manager at Procter & Gambles and a writer at Dawn wrote this on Twitter.

What a RIP OFF.. why is it mandatory to wrap bags.. #Pakistan fleecing the public in the name of safety.. @official_pcaa

Ridiculous to think they want to promote tourism in this country and counter their own initiative with bizarre laws.. pic.twitter.com/jy9wEsz5UI

He maintained that by imposing such laws, the airport authorities are validating to the world that Pakistani airports cannot ensure the integrity of their baggage.

He went on to blame this to be the reason why the US does not allow direct flights from Pakistan.

Another Twitter user identified that the government wants to ban the use of plastic in the federal capital but is making it compulsory at the airports.

People demand the government to revise this law, believing that the use of polythene should be curtailed instead of encouraging it with such notifications.