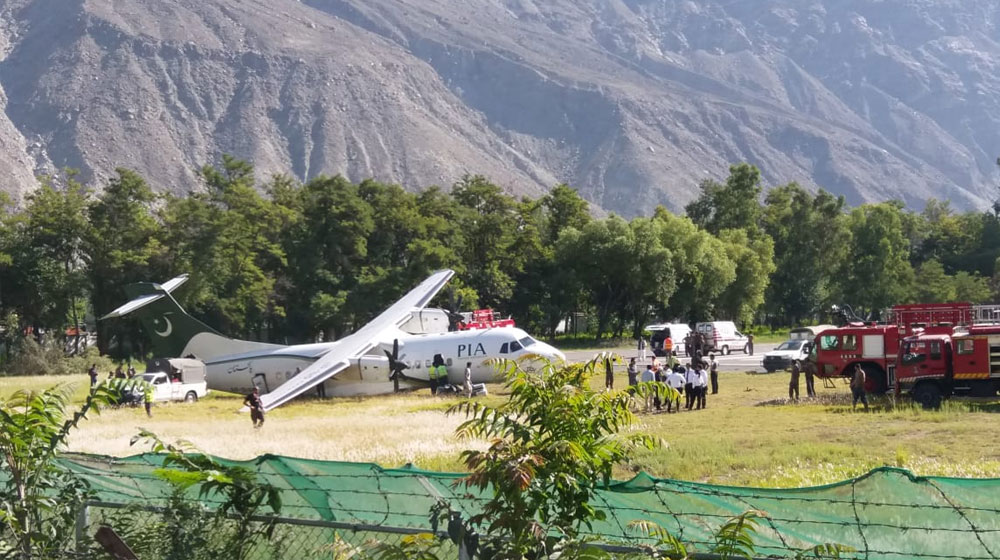 In an unfortunate incident, a Pakistan International Airlines (PIA) plane skidded off the runway while landing at the Gilgit Airport, local media reported.

As per reports, PIA’s ATR plane which flew from Islamabad early in the morning could not maintain its balance while landing on the runway.

All 40 passengers and the crew aboard PK-605 were unhurt and evacuated safely.

According to the airline’s spokesperson Mashood Tajwar, the plane didn’t fall off entirely due to the right-wing.

While the reasons for the incident haven’t been confirmed yet, the spokesperson said that the airline has ordered an inquiry into the incident.

The flight from Islamabad to Gilgit is always very challenging and requires precision and technique, especially during the rainy season and fog.