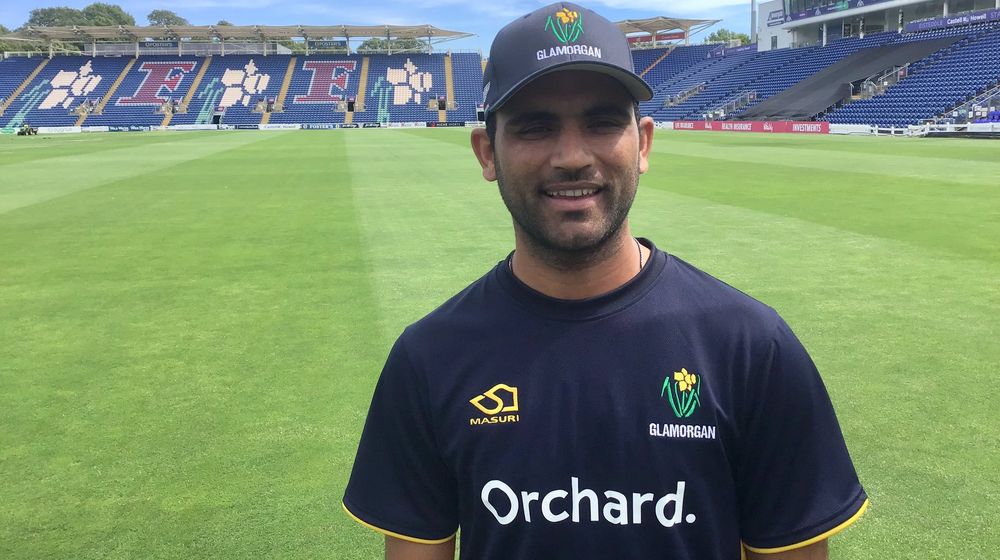 Pakistani left-arm opener, Fakhar Zaman had a poor start to county cricket last night. His team, Glamorgan, was bowled out for 44 while chasing a target of 142 in T20 Blast on Thursday.

The aggressive opening batsman top-scored with 17 as 5 players got out on ducks. It was his first match for Glamorgan following some issues regarding his visa due to which he arrived late in the UK to join the camp.

After restricting Surrey to 141 all out, Glamorgan had a nightmare start as Tom Curran’s hattrick left them reeling in the second over. He removed David Lloyd, captain Colin Ingram and Billy Root on successive deliveries.

From there on, it was all Surrey as they ripped apart Glamorgan’s batting line-up inside 13 overs at the Oval. There were only 3 fours hit in the innings.

Here are the highlights:

A thrilling night of @VitalityBlast cricket at the Kia Oval and our first win of the campaign.

Fakhar resisted with his 27-ball 17. He hit 2 out of the 3 boundaries scored by Glamorgan.

Glamorgan will play their next match tonight against Middlesex at Cardiff at 10:30 pm PST.