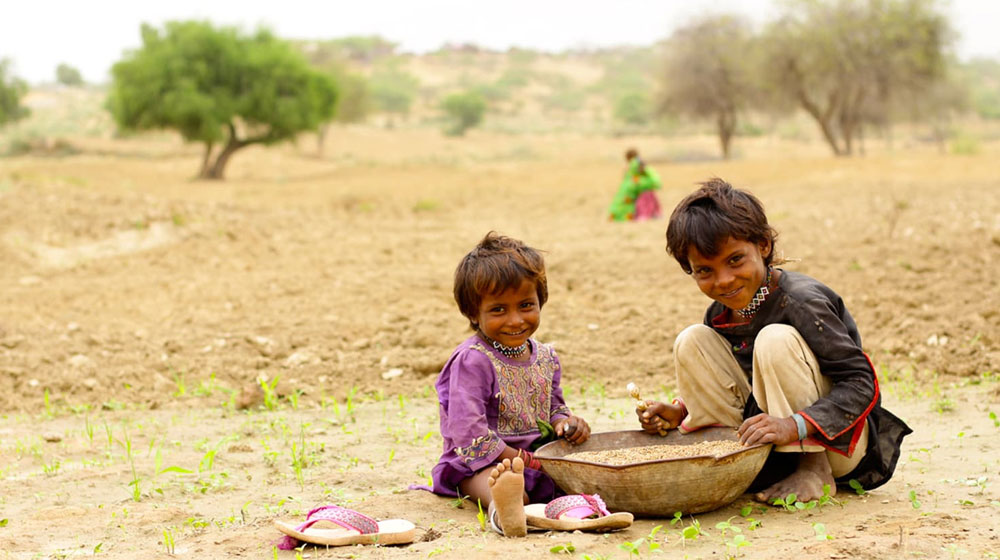 In a first, a survey has revealed that nearly half of the families in Pakistan are unable to fulfill their dietary and nutritional needs.

Conducted by the Ministry of Health, the survey revealed that more than 50 percent of Pakistani families cannot afford even two meals a day out of poverty, causing several dietary deficiencies.

The primary objective of the survey was to understand the gravity of the problem and to draw the attention of the policymakers towards the ever-growing malnutrition issue in the country.

The National Nutrition Survey 2018 suggests that more than 40 percent of the children suffer from chronic malnutrition and stunted growth, which becomes a hurdle in their cognitive and physical development.

The survey also found that four out of every ten children had stunted growth mainly due to the lack of a nutritious diet. It also discovered dietary discrimination in favor of boys over girls in most families.

The survey highlighted that 36.9% of Pakistani households don’t have access to affordable, nutritious food in sufficient amounts.

Based on the findings, the federal government has prepared a food fortification bill for the first time in the country’s history.

This was revealed by the Secretary-General of Pakistan Paediatric Association (PPA), Dr. Khalid Shafi.

Dr. Khalid said that the facts pointed out in the survey were alarming, and immediate steps were required to counter the nutritional emergency.

He said that the bill, among other things, will recommend making the addition of micronutrients mandatory in items like flour and ghee.