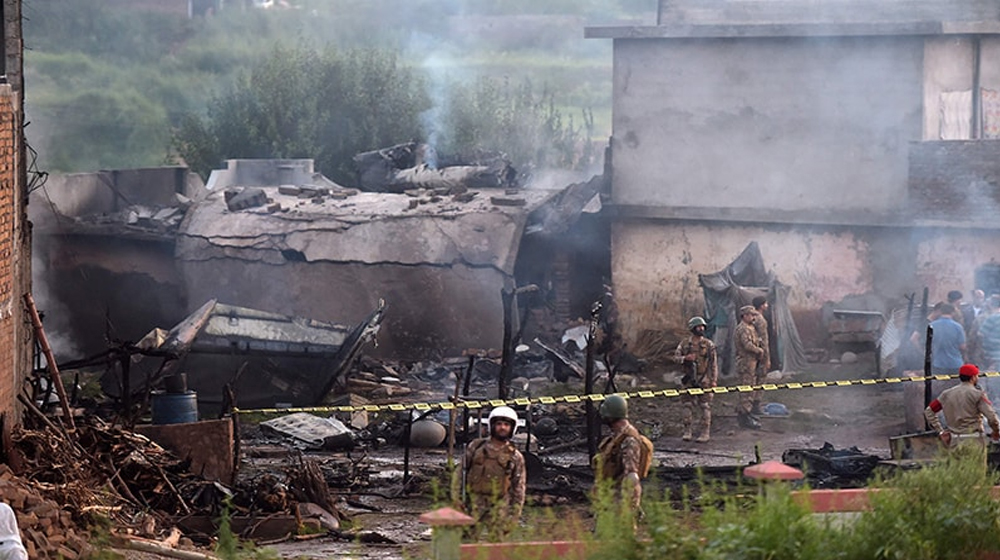 A Pakistan Army aircraft has crashed in a residential area in Rawalpindi. 17 people have lost their lives in the incident, which includes five crew members—including two pilots—and 12 civilians.

The plane was on a routine training flight when it crashed near Mora Kalu, next to Bahria Town Phase-7, causing a massive fire that reduced many houses to rubble. According to the Inter-Services Public Relations’ (ISPR) press release, 12 individuals got injured in the incident.

Rescue teams of Pakistan Army and Rescue 1122 reached the site of the incident and the fire was successfully extinguished.

The cause of the crash has not been determined yet. The plane was part of the Pak Army’s aviation unit.