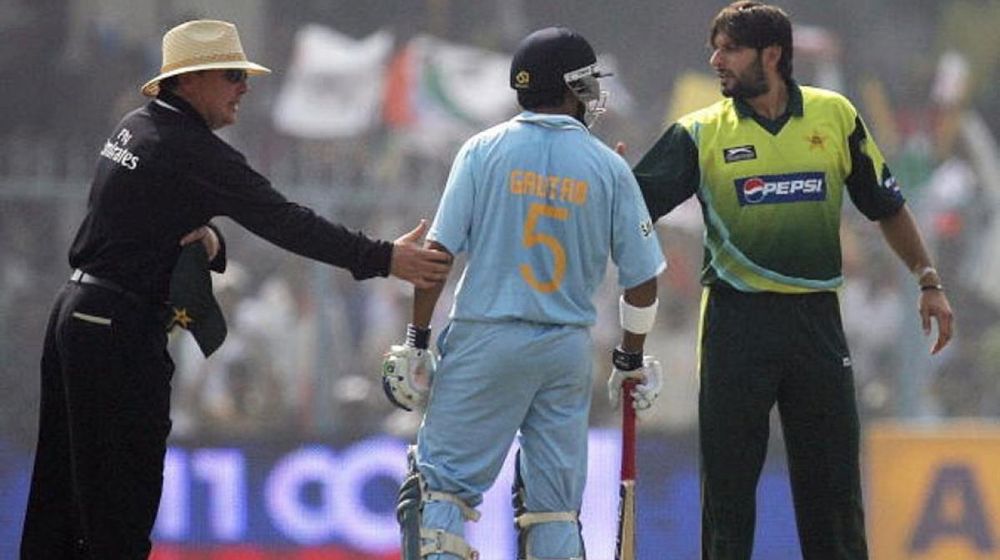 Former cricketers, Shahid Afridi and Gautam Gambhir might have retired from cricket but looks like they haven’t let go of their famous on-field spat where the two exchanged words in Kanpur in 2007.

The former players are known for exchanging blows over different matters on social media and this time around, the bone of contention is the latest Kashmir issue.

After India stripped Kashmir of its special status through a Presidential decree on Monday, Afridi took to Twitter to urge the United Nations and the President of the United States to intervene in the matter and take note of Indian aggression in the Himalayan territory.

Kashmiris must be given their due rights as per #UN resolution. The rights of Freedom like all of us. Why was @UN created & why is it sleeping? The unprovoked aggression & crimes being committed in Kashmir against #Humanity must be noted. The @POTUS must play his role to mediate

The cricketer-turned-politician, Gautam Gambhir couldn’t resist, as he never can with his words. He tweeted that the same things are happening but in Pakistan’s part of Kashmir.

@SAfridiOfficial is spot on guys. There is “unprovoked aggression”, there r “crimes against humanity”. He shud be lauded 👏for bringing this up. Only thing is he forgot to mention that all this is happening in “Pakistan Occupied Kashmir”. Don’t worry, will sort it out son!!! pic.twitter.com/FrRpRZvHQt