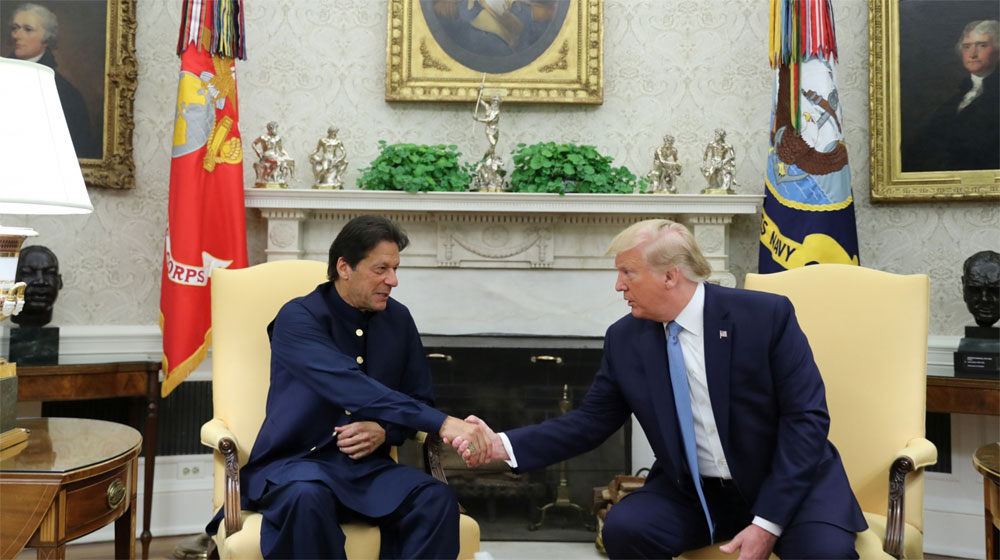 Prime Minister Imran Khan had a telephone call with the US President Donald Trump on Friday, telling him about India’s illegal move over occupied Kashmir.

The Foreign Minister Shah Mahmood Qureshi, in a video statement, said the Prime Minister took the US president into confidence about Pakistan’s concerns over Indian action and its consequences to the regional peace and stability.

The Prime Minister’s conversation with the US president comes at a time when the United Nations Security Council (UNSC) is going to take up the Kashmir issue on Friday, Qureshi added.

He said, that the Prime Minister had contacted a number of world leaders in this regard. Pakistan had also approached four out of five heads of UNSC member states over the issue.

Qureshi said the conversation between the two leaders was held in a cordial environment, adding that they agreed to remain in contact over the long-standing dispute.

He said the Prime Minister and the US president also discussed the Afghan situation. Pakistan was committed to the Afghan peace process and would continue its conciliatory role for peace and stability in the region, he added

The US President urged that Pakistan should engage with India to defuse tensions in Kashmir.

“The president conveyed the importance of India and Pakistan reducing tensions through bilateral dialogue regarding the situation in Jammu and Kashmir,” deputy press secretary Hogan Gidley said in a statement.