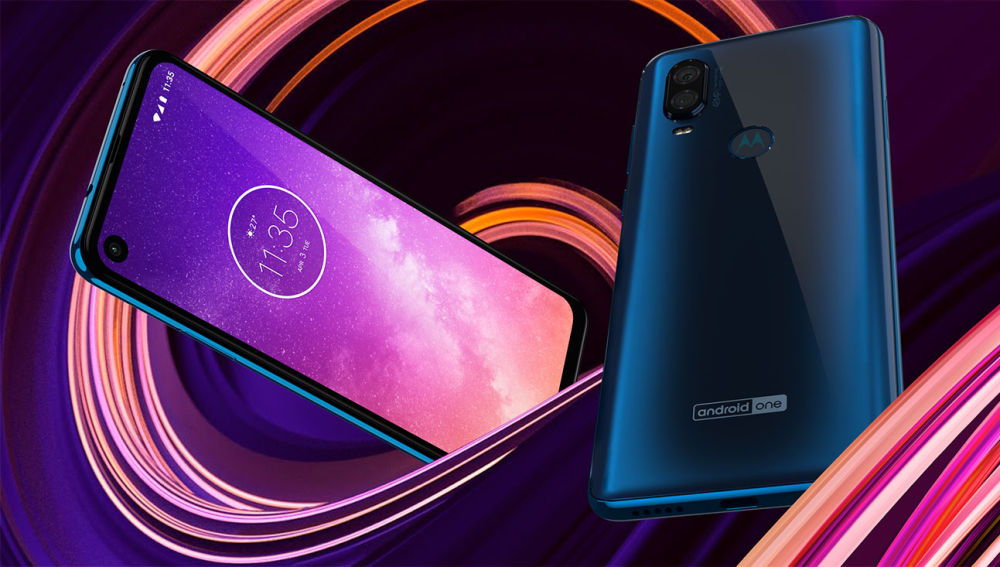 The Motorola One Action has just gone official, it comes with an Exynos 9609 chipset, a large 6.3-inch IPS LCD panel, an IPX2 water resistance rating.

However, the most standout feature on this device would be its ultra-wide-angle Action camera. It lets you capture stunning wide-angle action shots similar to a GoPro.

For this reason, the Motorola One Action is being advertised as the first smartphone with a built-in action camera. 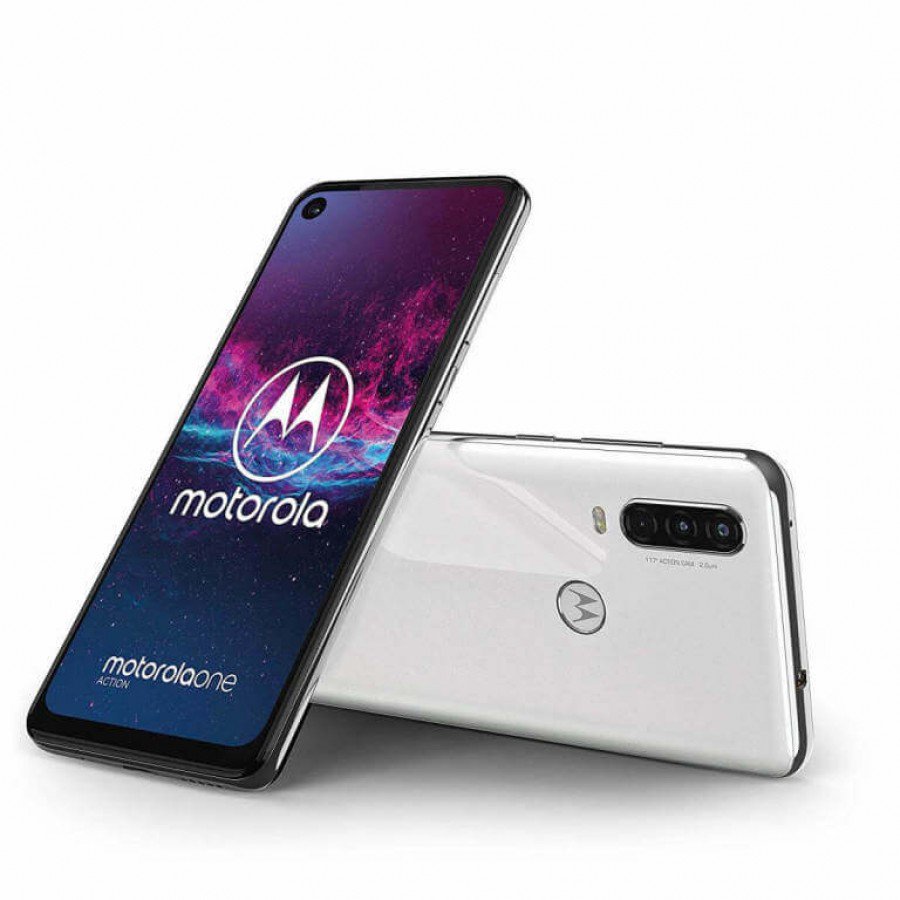 The 6.3-inch 1080p IPS LCD display coupled with the 21:9 aspect ratio gives the device a narrow and sleek appearance. There’s a punch hole at the top left corner housing the selfie camera.

At the back, it has a triple-lens primary camera arranged in a vertical layout at the corner. Just below it is the fingerprint sensor with Motorola’s brand logo etched into it.

The phone will be available in Denim Blue, Pearl White, and Aqua Teal.

Under the hood, the Motorola One Action packs Samsung’s Exynos 9609 SOC coupled with 4GB of RAM and 128GB of UFS storage for snappier performance.

Although 128 GB is plenty for most people, Motorola has not forgotten the microSD card slot for further expansion.

As mentioned above, the phone gets its name from its standout action camera at the back. The triple camera setup at the back consists of a 12MP main lens, 5MP depth sensor lens, and an ultra-wide-angle lens which has a 117-degree field of view.

Motorola One Action uses a combination of hardware and software to stabilize your action videos just like a GoPro. Also, thanks to the phone’s tall aspect ratio and the camera’s ultra-wide-angle lens, you can record action videos vertically and play them back in landscape mode without any black bars.

The selfie camera is a 12MP wide-angle lens that can record full HD videos at 30FPS.

The One Action is equipped with the same 3500 mAh power cell that we saw on the One Vision. It features 10W fast charging which is able to charge up the phone from 0 to 30% in 30 minutes. However, higher capacity chargers will top up the phone faster.

The phone is currently going for $288, it is only available in Europe, Brazil, and Mexico as of now, but it should be rolling out to more markets soon.