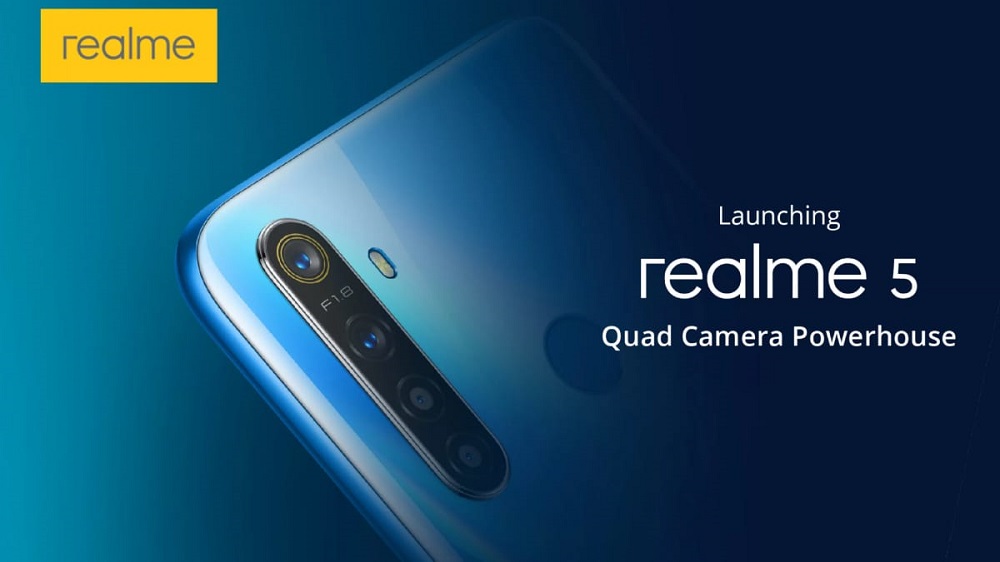 The vanilla Realme 5 is a bit more budget-friendly and slightly toned down in terms of hardware compared to the Pro variant. 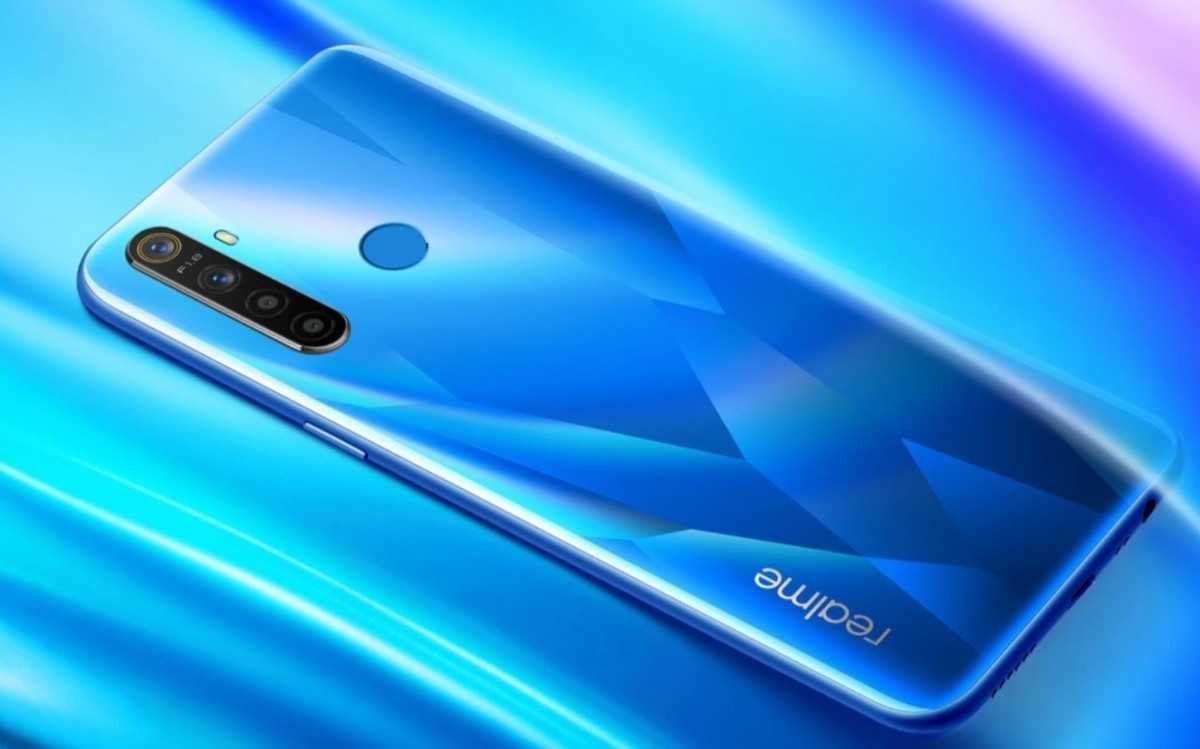 In terms of design, it employs Realme’s signature diamond pattern design on the back. The fingerprint sensor is mounted towards the upper end of the phone next to the vertically aligned quad-sensor camera. It is available in crystal blue and crystal purple colors.

The smartphone is powered by a Snapdragon 665, making it the first smartphone with an 11 nm chipset in India. It comes in three different RAM and storage variants:

The memory is expandable via a dedicated microSD card slot. On the software front, it runs on ColorOS 6 flavored Android 9.0 Pie.

The key selling feature of the Realme 5 duo is its camera configuration. This particular smartphone comes with a quad-sensor rear camera with a 12 MP main sensor, an 8MP ultra-wide sensor, a 2 MP dedicated macro lens and a 2 MP depth sensor.

As far as the selfie camera is concerned, Realme 5 comes with a 13 MP shooter housed in the waterdrop notch. 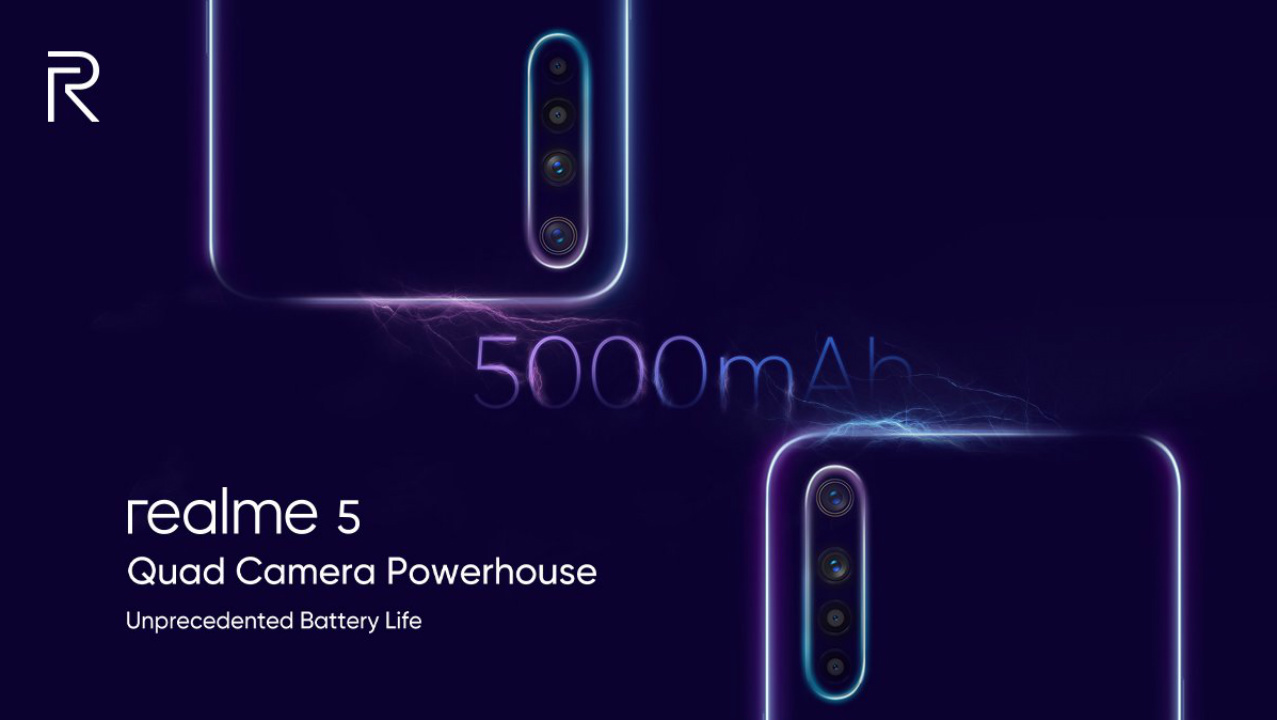 Battery wise, Realme 5 packs a 5000 mAh battery which unfortunately charges over the old school MicroUSB port and does not come support fast charging. You’ll need at least 3 hours to fully charge the battery with the tiny 10W charger.

As the name suggests, the Realme 5 Pro is the better phone with an improved processor, better cameras and a higher resolution display.

Aesthetically, both smartphones look the same. The only difference in Realme 5 Pro is that it’s slightly smaller and 15% lighter (thanks to the lower battery) than the regular Realme 5. 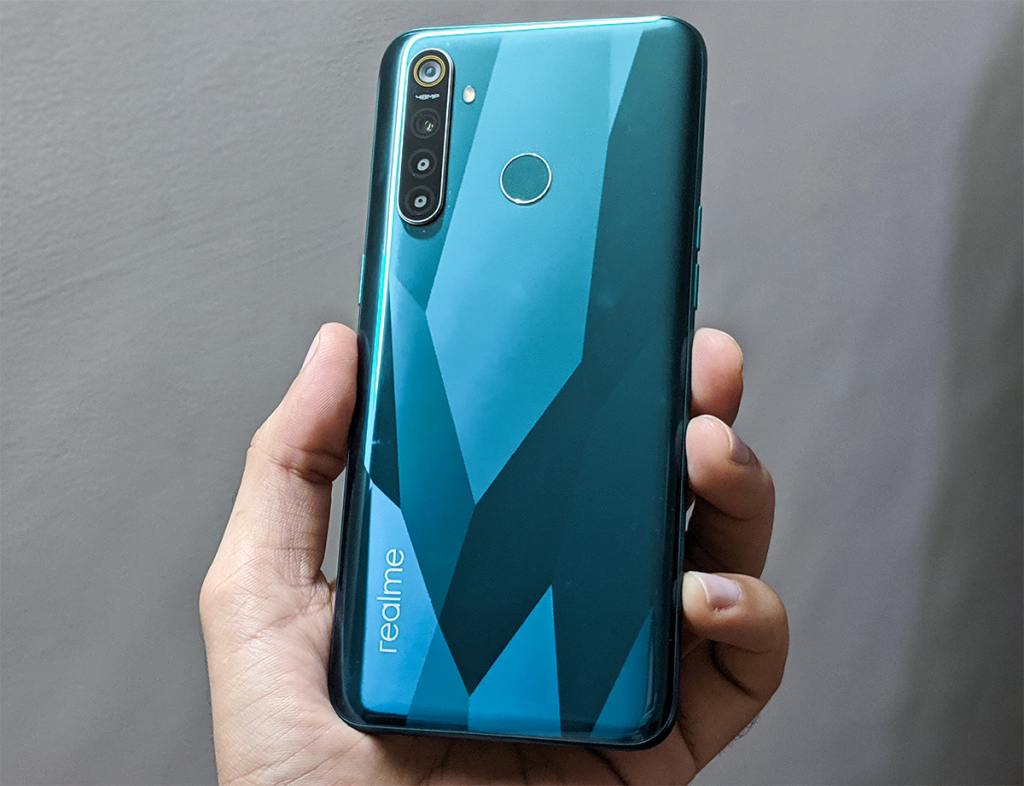 The camera alignment and fingerprint sensor location are also the same. It is available in sparkling blue and crystal green colors.

Moving towards the hardware, the Realme 5 Pro is powered by a Snapdragon 712. The phone comes in three memory variants:

Software-wise, it runs on the same ColorOS 6 flavored Android 9.0 Pie.

This is where Realme 5 Pro truly shines. Its quad-sensor rear camera features a 48 MP Sony IMX586 main sensor, followed by an 8 MP ultra-wide, a 2 MP dedicated macro and a 2 MP depth sensor.

For selfies, the phone has a single 16 MP shooter.

Even though the battery in Realme 5 Pro is smaller than the vanilla model, the 4035 mAh unit comes with Oppo’s VOOC 3.0 20W fast charging over a USB Type-C port.