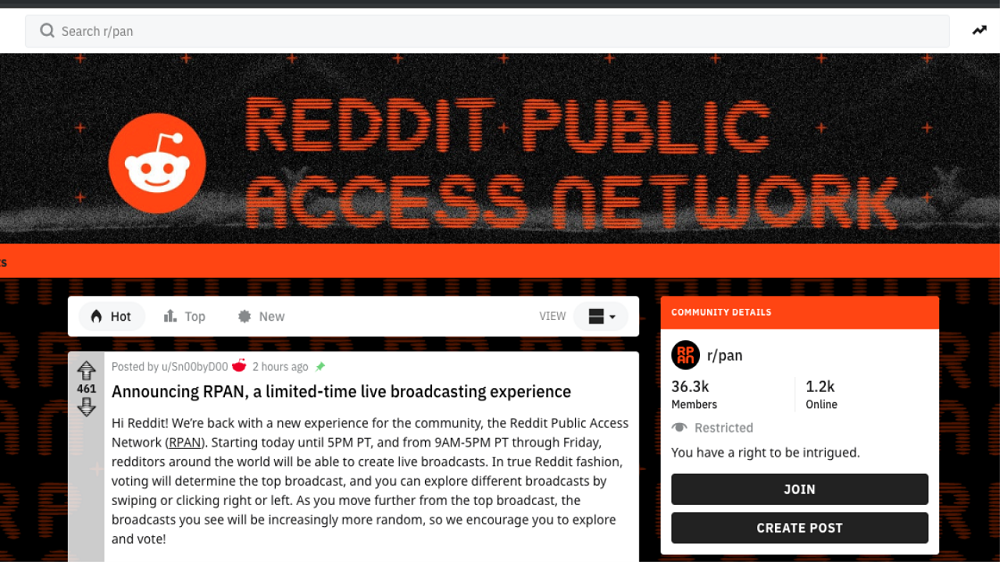 The experiment will most likely enable full streaming access later on.

Reddit is one of the few platforms that don’t offer live streaming options yet. This is because mainly because in the past, poorly monitored live streams ended up showing some pretty disturbing content.

However, the company isn’t done with live streaming just. Reddit has announced r/pan, short for Reddit Public Access Network, which is a week-long live streaming experiment.

Hi Reddit! We’re back with a new experience for the community, the Reddit Public Access Network (RPAN). Starting today until 5 PM PT, and from 9AM-5PM PT through Friday, Redditors around the world will be able to create live broadcasts.

This experiment will most likely conclude with a permanent live streaming option in the future. Currently, Reddit is experimenting with the system so it has more control over the live streams than the users. During the trial periods, the forum will focus on adjusting the necessary features.

First and foremost, this is about having fun as a Reddit community, and if you all enjoy it, we’ll continue to explore how it might work as an actual feature.

Reddit is adamant on setting strict rules for the platform which, considering the past live streaming incidents, is the best approach for now. According to Reddit’s Vice President, Alex Le, the following rules will apply to r/pan: