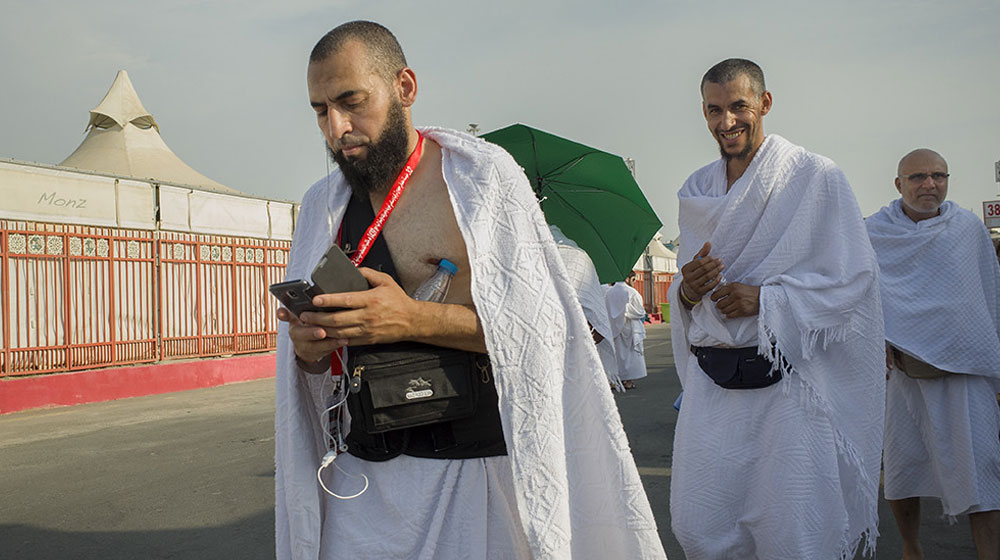 This was revealed in a report by the Communication and Information Technology Commission (CITC) of Saudi Arabia. It said that this year the use of internet services during Hajj witnessed a 26 percent increase compared to the previous year.

According to CITC, the average number of subscribers reached nearly 7.4 million per day, with total data consumption reaching 32.5 PB.

The calling time [on and off data] increased by 309 million hours in the holy cities of Makkah and Madinah. 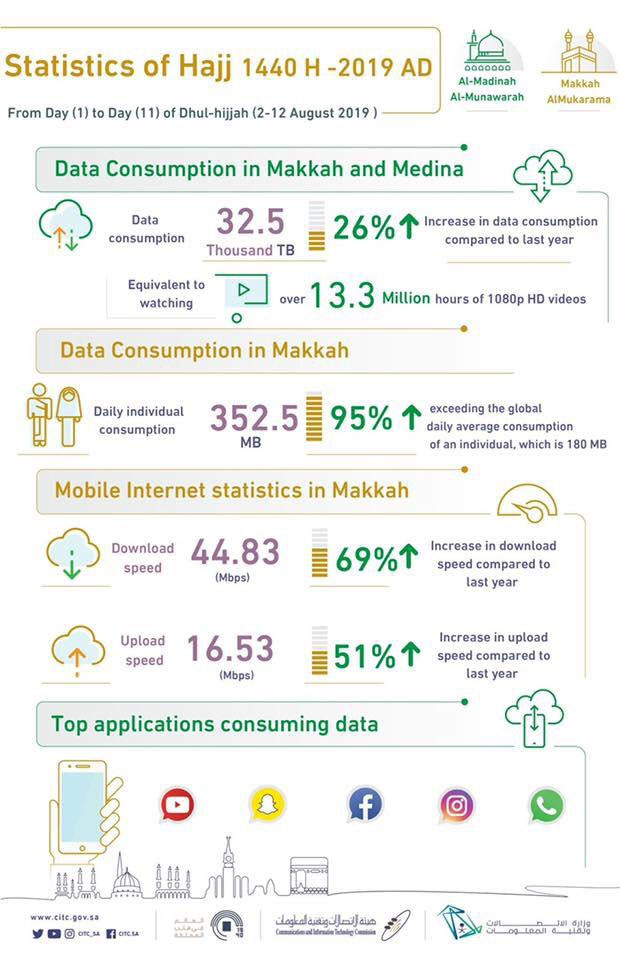 It is worth mentioning here that the Saudi government had distributed 10 million free SIM cards among the pilgrims to let them connect their families back home and share their experiences.

CITC said that it took various steps to ensure flawless communication for the pilgrims to improve their Hajj experience.