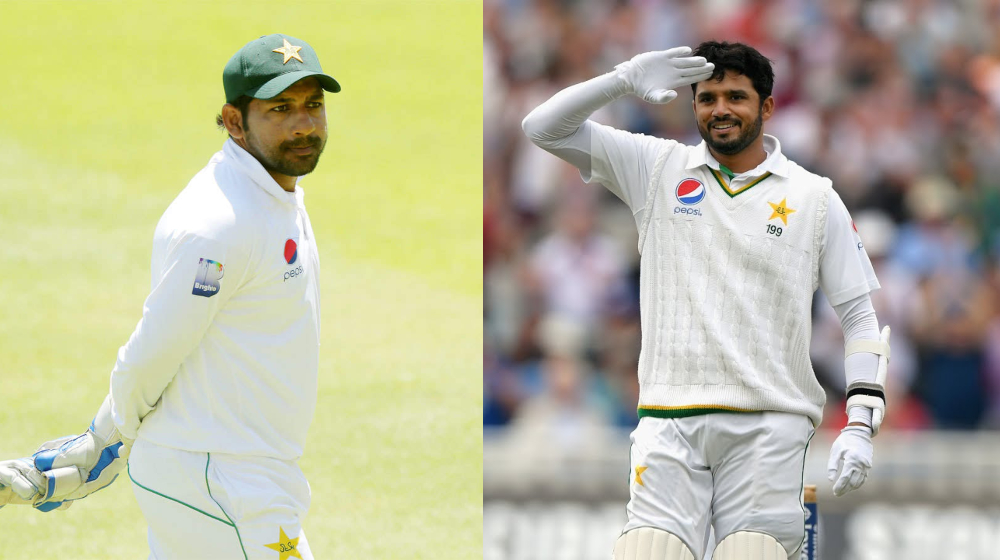 Following the ICC Cricket World Cup, there has been uncertainty surrounding Sarfaraz Ahmed’s captaincy. Some of the former cricketers and experts have backed Sarfaraz to continue as captain, while others want to see fresh faces leading Pakistan team.

Training camp commandant, Misbah-ul-Haq said in a press conference that split captaincy can be a good option moving forward. As it looks, Sarfaraz may still get to lead the country in the shortest format, however, it is likely that he will be removed as captain from the other two formats.

According to a senior journalist and anchor, Mirza Iqbal Baig, Azhar Ali is a strong candidate to replace Sarfaraz as Test captain.

Sarfraz Ahmed’s chances of continuing as Pakistan Test captain are not too bright. Azhar Ali is a strong contender to replace him for the Test series vs SL, Aus and Bangladesh.

It is worth mentioning that Azhar Ali has already captained Pakistan in a one-off Test and 31 ODIs. Under his captaincy, Pakistan had a win/loss percentage of 40% in ODIs, while the team lost the only Test.