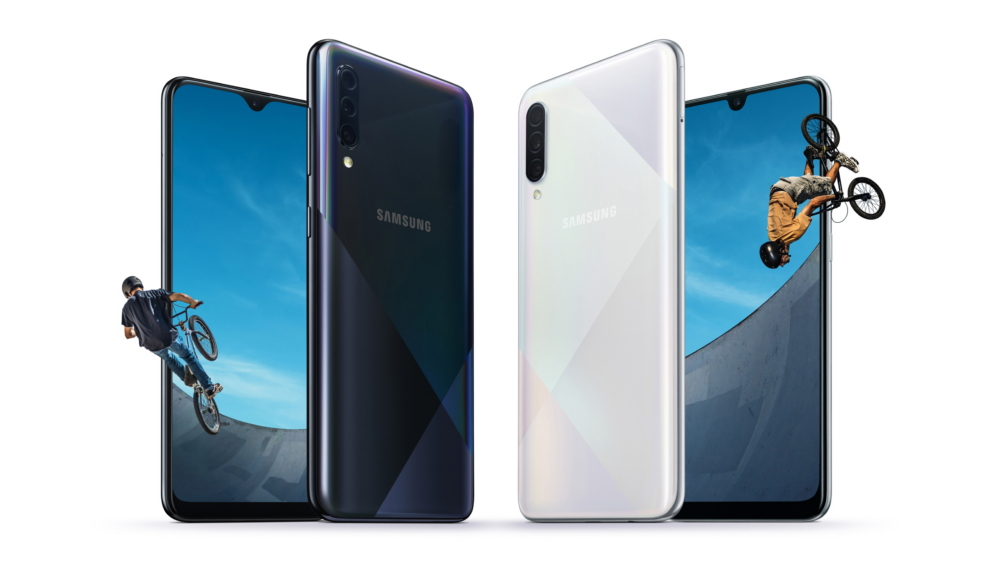 Samsung has finally taken the wraps off of its performance-driven A-series smartphones, the A50s, and A30s. Featuring a new contemporary look, these Smartphones are optimized for generation Z who like to “capture and share their experiences instantaneously”.

Both feature a versatile camera, an Infinity-U display, and long-lasting batteries. As the name suggests, both devices are upgrades over the Galaxy A30 and A50.

Launched with a striking new design and a great camera, the Samsung Galaxy A50s has slightly lower specifications compared to its predecessor.

The new A50s comes with a redesigned rear panel which features a holographic design and a unique geometric pattern. 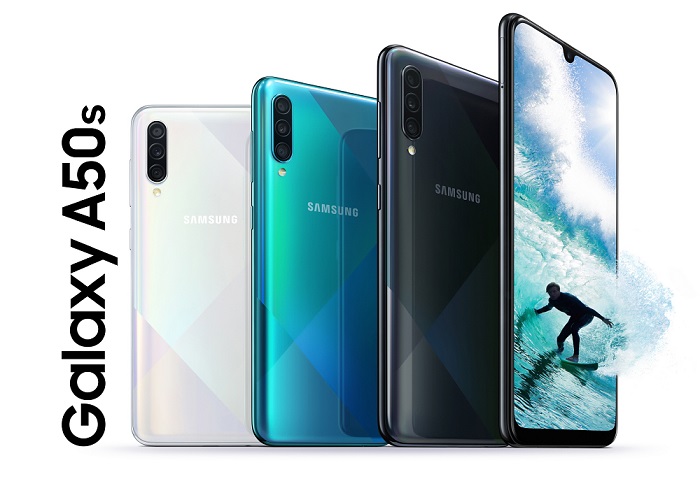 The Smartphone is available in four colors namely: Prism Crush Black, Prism Crush White, Prism Crush Violet, and Prism Crush Green. The triple sensor rear camera is vertically aligned on the top left and the fingerprint sensor is mounted inside the display.

On the software front, the smartphone will run on Android 9.0 Pie topped with One UI.

Samsung has mainly focused on improving the cameras with these phones. The A50s comes with a powerful triple sensor rear camera featuring a 48 MP main sensor, followed by an 8 MP ultra-wide lens with 123-degree FOV and a 5 MP depth sensor same as the previously launched A50.

The selfie camera, on the other hand, has been upgraded from 25 MP to 32 MP.

The A50s features a 4000 mAh battery backed up by 15W fast charging and a USB Type-C port.

As far as the availability and pricing are concerned, Samsung hasn’t said anything yet. Following the same design pattern as A50s, this smartphone has been slightly downgraded compared to the A30 as far as specifications are concerned.

Just like A50s, the Samsung Galaxy A30s also comes with a futuristic holographic effect and a unique geometric pattern on the back. 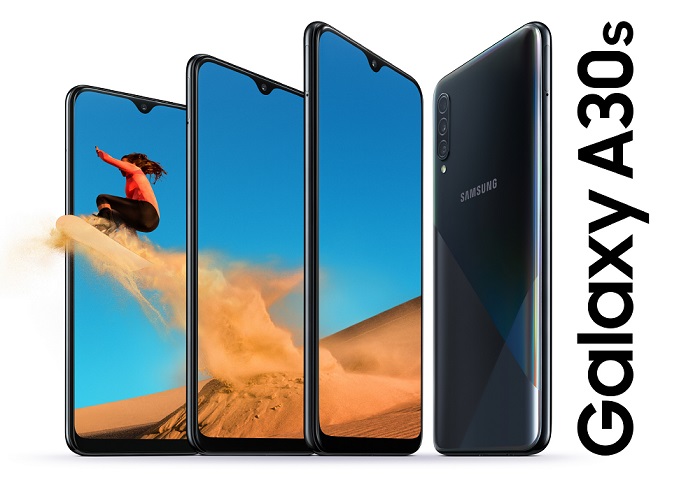 The A30s, just like the A50s, features improvements on the camera side of things.

At the back, the smartphone comes with a triple sensor rear camera featuring a 25 MP main sensor, an 8 MP ultra-wide shooter and a 5 MP depth sensor. The camera also comes with a few smart camera tools including Intelligent Flaw Detector and Scene Optimizer.

On the front, it has a 16 MP camera for selfies.

Samsung Galaxy A30s packs a 4000 mAh battery with 15W fast charging. Just like A50s, its pricing and availability details are yet to be announced. 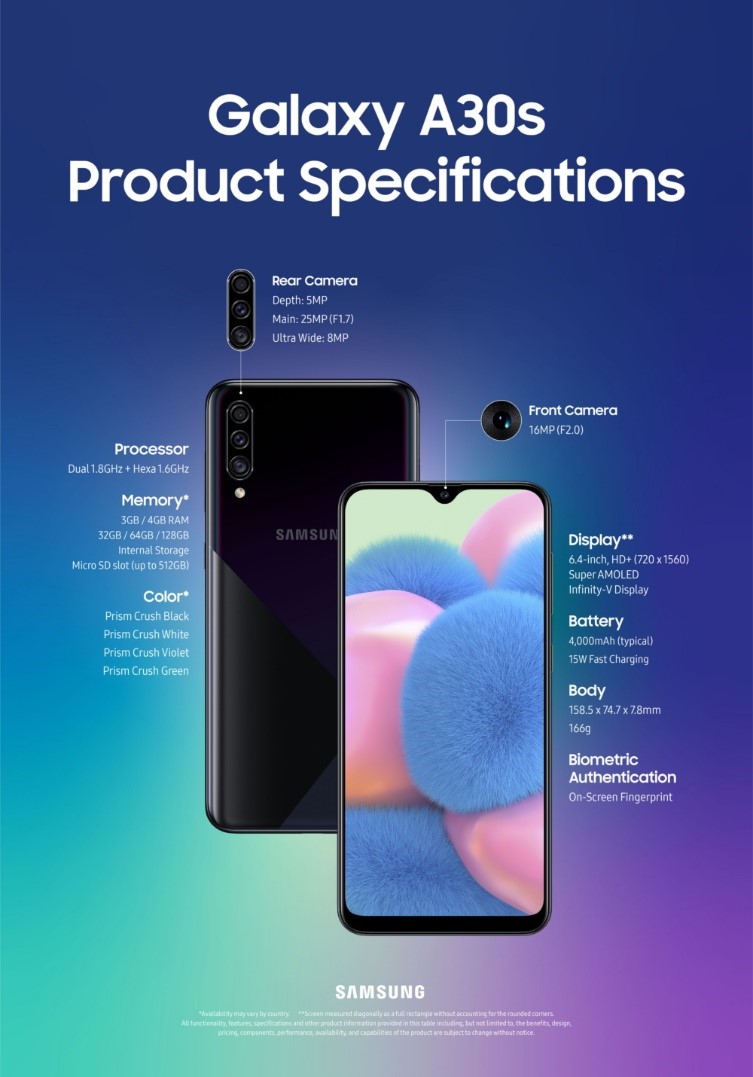