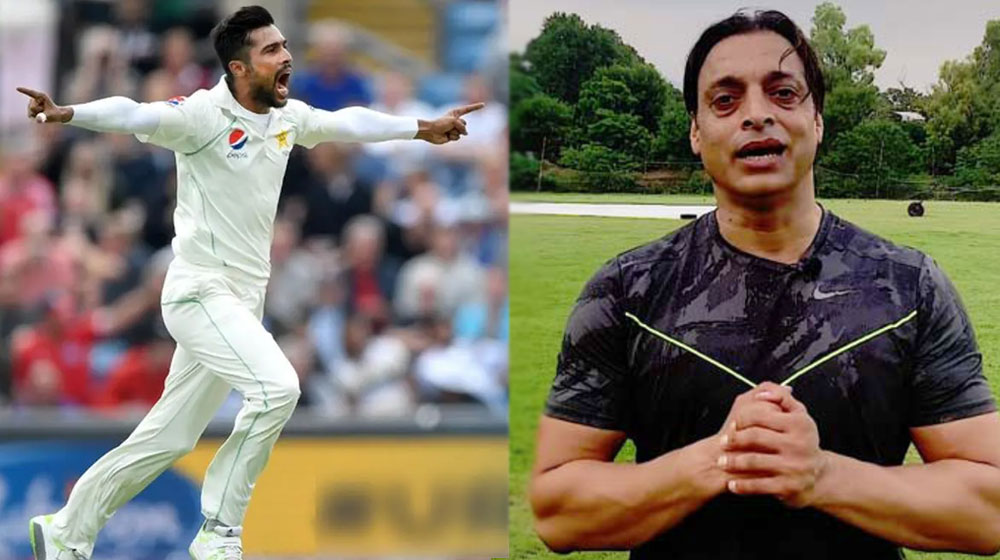 Former speedstar Shoaib Akhtar has requested Pakistan’s ace fast bowler Mohammad Amir to come out of Test retirement for the sake of the country. Amir, who was Pakistan’s leading wicket-taker in the World Cup, had called it quits from Tests last month at the age of 27.

His sudden retirement from the red-ball cricket in favor of white-ball cricket at a time when ICC’s Test Championship was around the corner shocked the cricketing world.

The decision did not sit well with Shoaib Akhtar who is also in the run for the post of National Chief Selector. The former pacer, who previously took Amir to the cleaners for his ‘selfish’ decision, has now toned down his voice to persuade the left-arm fast bowler to reconsider the retirement.

In a recent YouTube video, Akhtar requested him to come out of the premature retirement for the sake of the national side.

“Amir should come out of retirement and play for Pakistan because the country needs him. I believe that you can only become a legend by performing for your country as nobody remembers performance in county cricket.”

His prediction turned true within a week when Wahab called time on his Test career. He is to announce it soon formally.