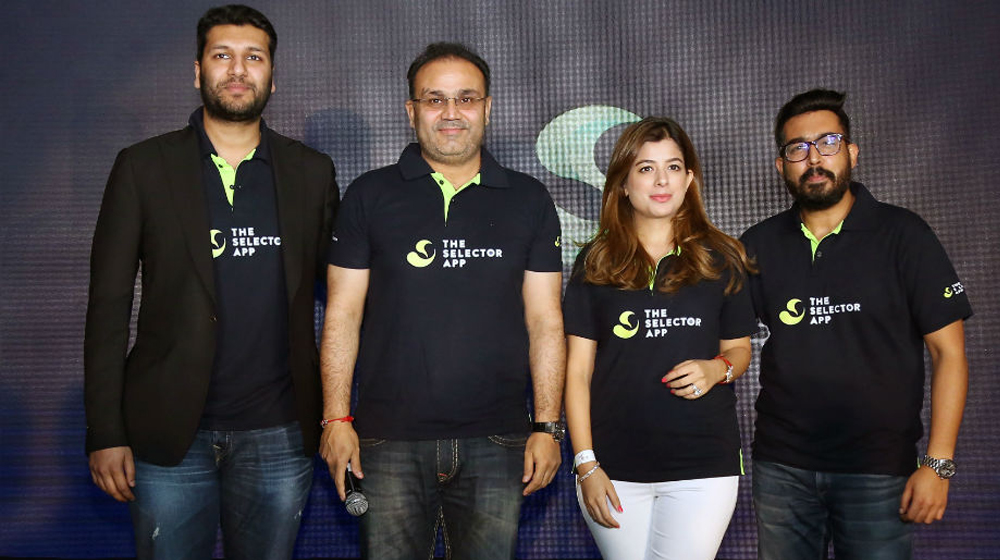 Imagine the power to decide the playing XI and the captain. If that is not enough, you can also play a role in deciding who gets to bat at the fall of every wicket & bowl every over, all in real-time as a live match unfolds.

It may sound unbelievable but that is what The Selector App will make possible!

Come September 1, when Pollard XI faces off against Bravo XI in Port of Spain, an unprecedented and revolutionary concept, called The Selector App, will make its grand debut.

The entire game is in your hands, all you have to do is vote.

This unique app, launched in New Delhi today by brand ambassadors Virender Sehwag & Brian Lara, promises to change the very way the sport is viewed all over the globe.

Through the Selector App, ardent fans of cricket will now be empowered with the responsibility of having a say in the match. Just by downloading the app, avid lovers of the game will get a chance to be a part of a revolution called the Fan Decision System (FDS).

The fans decide every single detail of the match!

We are so passionate about our favorite teams and at times are left frustrated with decisions taken. This app not only gives fans the power to make their own team but to take decisions for them, as it’s not fantasy cricket anymore but reality.

The swashbuckling Nawab of Najafgarh, Virender Sehwag won the hearts of millions of fans through his fiery batting. Sehwag will now try to bring the game closer to fans by being the very first Selector.

This is a very, very unique app. Fans feel that there is no-one more knowledgeable than them when it comes to cricket. It is time to put that theory to the test. The Selector App can also help to make the game far more lively and exciting. This will surely take cricket watching and fan support to the next level that will set a benchmark for other sports to learn from.

Cricket fans will be in for an added treat as cricket legend and brand ambassador Brian Lara will be available for selection as the fans will have to vote for a starting 11 in the first phase of voting.

Fans are one of the most important parts of cricket. How amazing is it that fans across the globe will be able to connect with the tactics of the game? I am looking forward to making a comeback and play in a match where fans will become such an integral part of the game.

Talking about how this novel idea came about, Khaitan continued:

I had this same experience when India lost to Pakistan in the final of the 2017 ICC Champions Trophy and I felt helpless as a fan because there were certain strategies I wished the team implemented which could have changed the course of the match. We ultimately lost the game and it was then that The Selector was conceptualized.

When Pollard XI and Bravo XI, representing players from the Trinbago Knight Riders of the Caribbean Premier League, will lock horns for The Selector Fans Cup on September 1, it will start a new chapter in the history of the sport.

For the very first time, the fans will be endowed with the ability to make decisions in the world’s first “Fan-tactic” cricket match.

The squads will have 15 players each out of which fans will get the opportunity to select the playing eleven for their chosen team. This first-of-its-kind match will be aired live on Geo Super in Pakistan.

We are thrilled that our Knight Riders family will now get an opportunity to come closer like never before. We see a lot of potential in the usage of technology for engaging with our fans. The Pollard XI vs Bravo XI clash will present cricket lovers with a wonderful chance to be a part of a history-making event and we look forward to their participation.

The app is now available on all app stores on Android and Apple stores as well. So start voting right away! Steps to become The Selector: