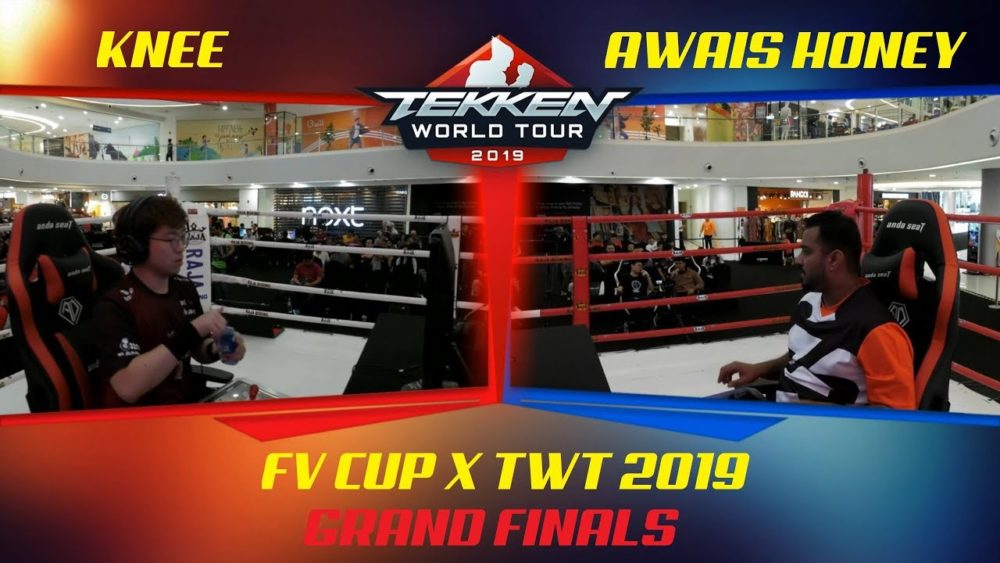 FV Cup 2019 kicked off this weekend in Kuala Lumpur, Malaysia. It is a Tekken World Tour Challenger event with many notable names on the list. Some of the top players that participated in the event were Knee, Book, Jeondding, Nobi, Chanel and many more.

Awais Honey was a new face in the tournament that bested Knee in the grand finals at FV Cup 2019 – which was his first-ever major event that he attended outside of Pakistan.

Initially, he was sent to the losers bracket by Chikurin, and from there, Awais had a tough time, often nearing the edge of elimination, facing off against players like Book and Nobi.

The games finally came to an end with Awais taking all three wins in an intense series of rounds with a clean perfect to close things out.

There were also two other Pakistani competitors in the Top 8 including Khan and Bilal. The international Tekken scene will definitely need to keep an eye out for Pakistani talent, especially with Arsalan Ash winning two consecutive Evo tournaments.

You can check out the full coverage of the grand finals in the video below.