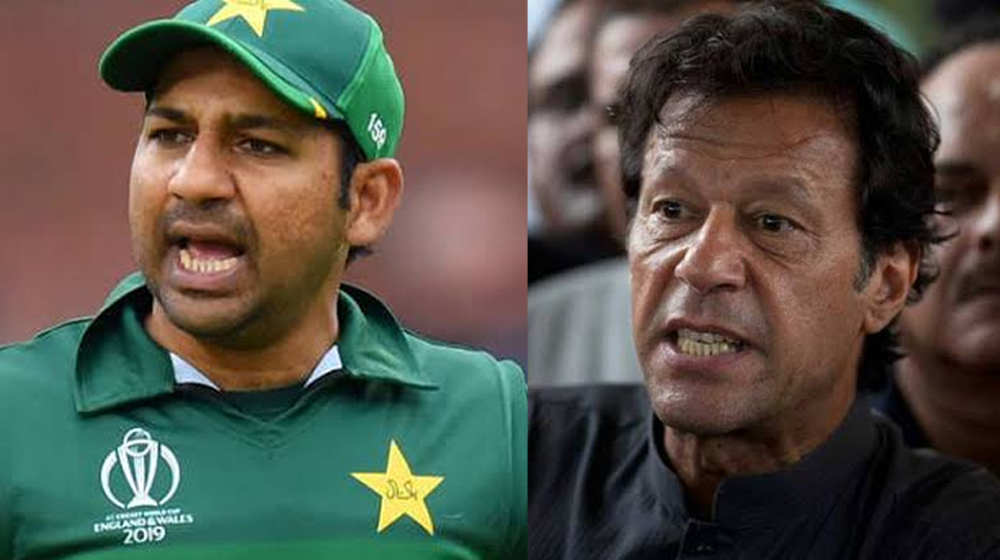 Pakistan failed to beat India yet again in the recently concluded World Cup and it appears that the wounds of the loss are still fresh for PM Imran Khan.

During an event in Swabi on Monday, Imran Khan criticized Sarfraz Ahmed’s decision to bat second in one of the most crucial games of the tournament.

Pakistan, opting to bowl first, failed to contain Indian team’s batting line-up and had to chase 336 from 50 overs. However, the Green shirts fell 86 runs short after the D/L method was applied due to rain.

Prior to the game, Imran had specifically asked the national team to bat first if Pakistan had won the toss but his advice was ignored.

Speaking about the match, Imran said:

You win the toss and bat – don’t bat second. This is a mindset. You will have this dilemma throughout life.

The loss against India proved crucial for Pakistan as the national team narrowly missed out on a semi-final spot after drawing level on points with New Zealand but behind on net run-rate.