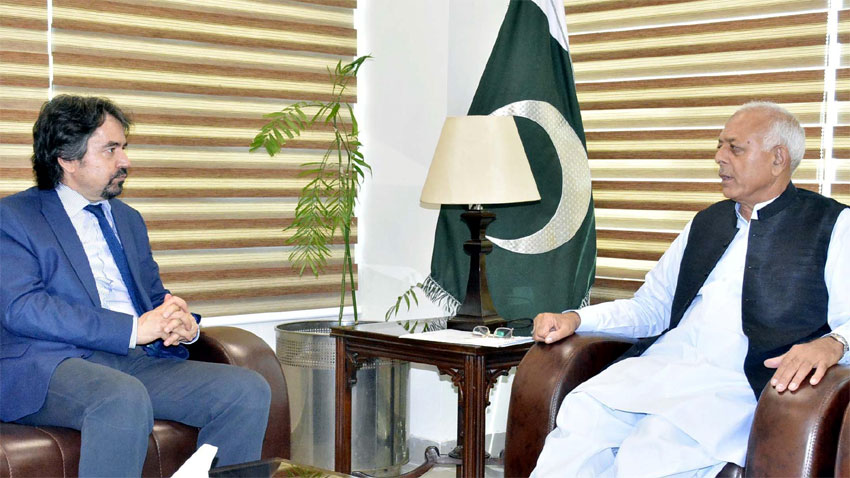 Pakistan and Turkey are taking steps to enhance bilateral cooperation in the aviation sector.

The decision was made during a meeting between Turkish Ambassador Mustafa Yurdakul and Federal Minister for Aviation Ghulam Sarwar Khan in Islamabad, reported Radio Pakistan.

Mustafa Yurdakul said that Turkey is eager to enhance ties with Pakistan in aviation and other sectors.

Pakistan and Turkey are brotherly countries and relations are warm and cordial based on trust and respect. We are thankful to the leadership of Turkey for extending support to Pakistan on the Kashmir issue.

Under this agreement, Pakistani Airlines will continue their operations in Istanbul, Ankara and 4 other points while designated airlines of Turkey will be operational in Karachi, Islamabad, Lahore, Multan, Faisalabad, Quetta, and Sialkot.

Designated airlines of each country are allowed to operate 47 flights. This includes:

The designated airlines of Pakistan shall be entitled to operate an unlimited number of flights for cargo operations from points in Pakistan to/from Istanbul, Ankara, and Izmir based on 3rd, 4th and 5th freedom traffic rights with any type of cargo aircraft.