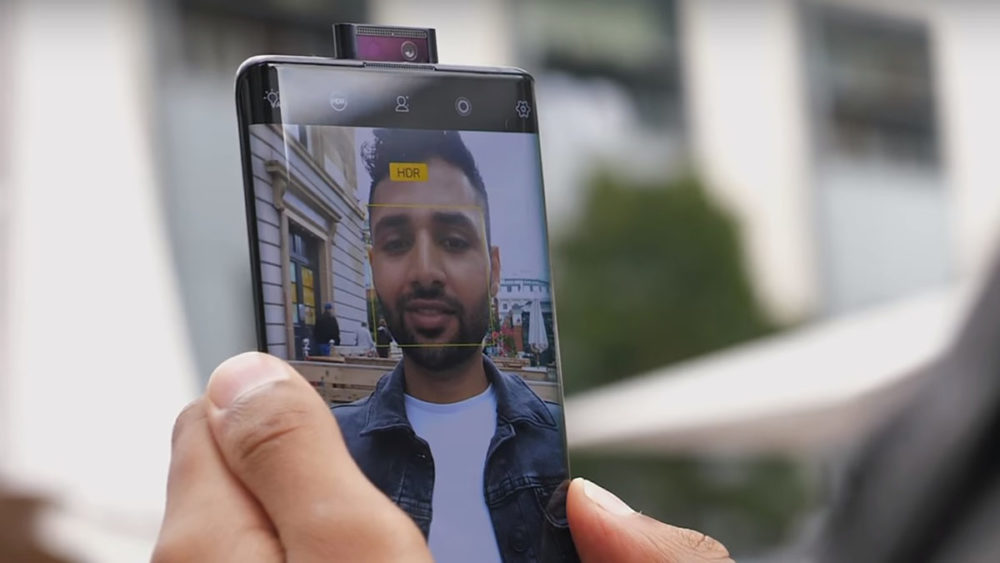 The highly anticipated Vivo Nex 3 is set to arrive next month. We’ve already seen several leaks and even a promotional video on the device, and we now have an unboxing video that gives us an in-depth look at the upcoming Vivo flagship.

The video comes from a YouTuber named MrWhoseTheBoss and while it doesn’t reveal any specifications, it does show some interesting new details on the Nex 3.

First off, the display is exactly as promised, it features a notch-less design with extremely thin bezels in a combination that really does take full-screen displays to the next level. But the real star of the show is the waterfall display, it is so curved around the sides that if you look at the device from the side, half of it is the curved screen.

There are no physical buttons on the Vivo Nex 3. The phone has pressure-sensitive pads on the side that don’t physically click when pressed. These include a power button with volume buttons above and below it. For some reason, there’s a secondary power button at the top and beside it is the pop-up selfie camera.

The video doesn’t exactly discuss the selfie camera, but based on earlier leaks and a short glimpse in the video, we know that it is a wide module housing a dual-lens camera.

At the bottom, there is a USB C port, a 3.5mm headphone jack, and a speaker grill. 5G compatibility is confirmed.

The glass back consists of a circular triple-lens primary camera. MrWhoseTheBoss was unable to talk about any specifications but the shots taken on the video were quite crisp, at least as crisp as a YouTube video can show.

Since it is only a pre-release unit of the device, we can’t pass a final verdict on the camera quality just yet, especially without any samples.

The Vivo Nex 3 is arriving next month and it looks like the kind of smartphone that has zero compromises. Earlier leaks have revealed that is will be powered by the Snapdragon 855+ SoC with 120W fast charging and a 64MP primary camera.