He shared a press release from the Oil and Gas Regulatory Authority (OGRA) showing that the petrol prices in other regional countries like India, Bangladesh, and Sri Lanka are much higher as compared to Pakistan. 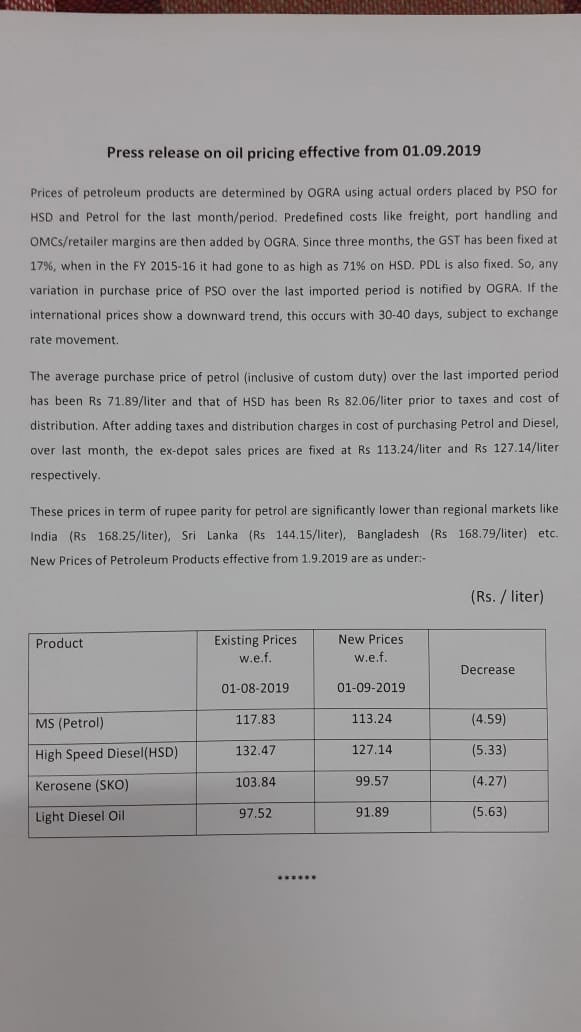 The minister said the decision to reduce oil prices was taken due to declining prices in the global market.

He added that Prime Minister Imran Khan was aware of the hardships faced by the masses, hence, he has decided to pass on the benefit of reduced oil prices to the general public.

The new prices will be effective from tomorrow.