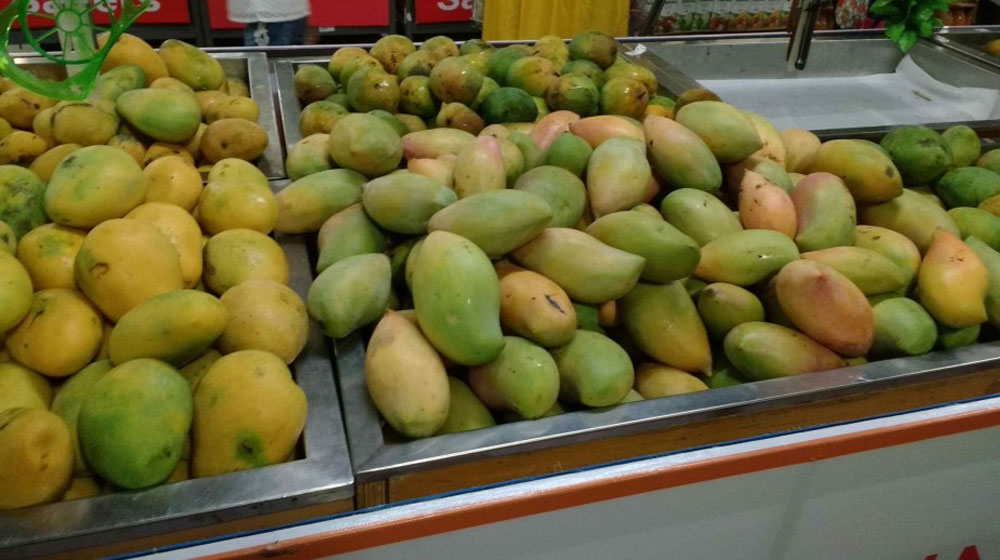 The Trade Development Authority of Pakistan (TDAP) is now accepting proposals for setting up cold storage for mangoes in Sindh.

The decision to establish this facility was taken after most of the exporters failed to make shipments this year due to high temperatures. This caused the government to miss its mango export target for 2019.

To discuss the issues faced by mango growers in Sindh, TDAP Director General (RD-South) Azhar Ali Dahar, held a meeting with them on Friday. The meeting discussed how to increase mango exports, TDAP’s statement said.

In 2018-19, most of the mango shipments could not be loaded due to high temperature in Sindh; therefore, TDAP has sought proposals for establishing a chiller/cold storage facility for mango exporters in Karachi.

Senior Vice President Sindh Abadgar Board (SAB) highlighted that the cold storage was not the only issue for Sindh growers.

Mango growers face a lot of other problems due to which the country fails to export even five to seven percent of its total mango production.

He said that exporting an agricultural product isn’t easy as companies need multiple certificates to comply with international standards.

Not many companies have acquired these certificates so they cannot export to the western countries.

Other aspects, such as how labor is treated at the workplace, and how pesticides are utilized to preserve the product, also need to be formalized to make them export worthy.

This is probably why Pakistan failed to introduce its mangoes in many of the western countries.

We export mostly to the Middle Eastern nations – more than 50% – and in western countries only people belonging to South Asia are familiar with our mangoes. Other communities are not aware of Pakistan’s mango.