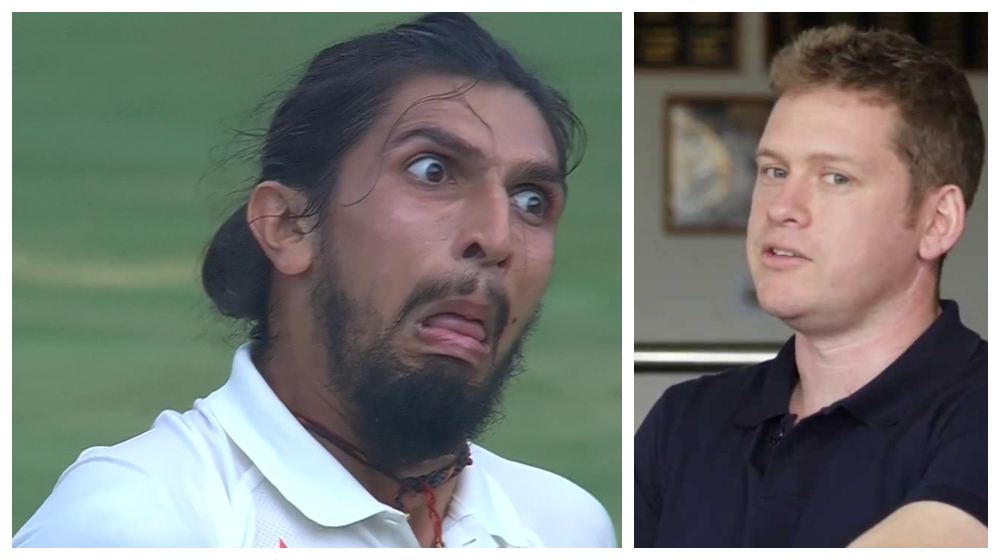 One of India’s “fastest and finest” bowlers, Ishant Sharma, celebrates his 31st birthday today. Regarding fastest and finest, Sharma enjoys a legendary average of 33.56 with 275 wickets from 91 Tests.

To wish him his birthday, BCCI Twitter handle tried to pull off a sarcastic tweet, and it got a befitting reply from an Australian sports journalist, Dennis Freedman.

On his special day, relive one of his fiery spells against Pakistan – not too long ago.

Apparently, the ‘not too long ago’ part was meant at demeaning Pakistan due to lack of bilateral cricket series against India. Oh, and the tweet ended with a winking face with tongue out.

On his special day, relive one of his fiery spells against Pakistan – not too long ago 😜🎂 #TeamIndia pic.twitter.com/fwZ5J4ITe5

The great performance by the prodigy saw him bowl fiery deliveries to tail-enders at a lighting fast pace maxing out at 135kph. Yes, you read it right. His thunderbolts were unplayable for the likes of Danish Kaneria, Shoaib Akhtar, and other bowlers as Pakistan marched past a small total of 500.

Coming back to the reply, BCCI got a deserved clap back from Dennis, who is known as Dennis Does Cricket, for for miserably failing to be sarcastic.

Note: The italics are for obvious reasons.

Did you enjoy Dennis’ reply? Let us know in the comments section.