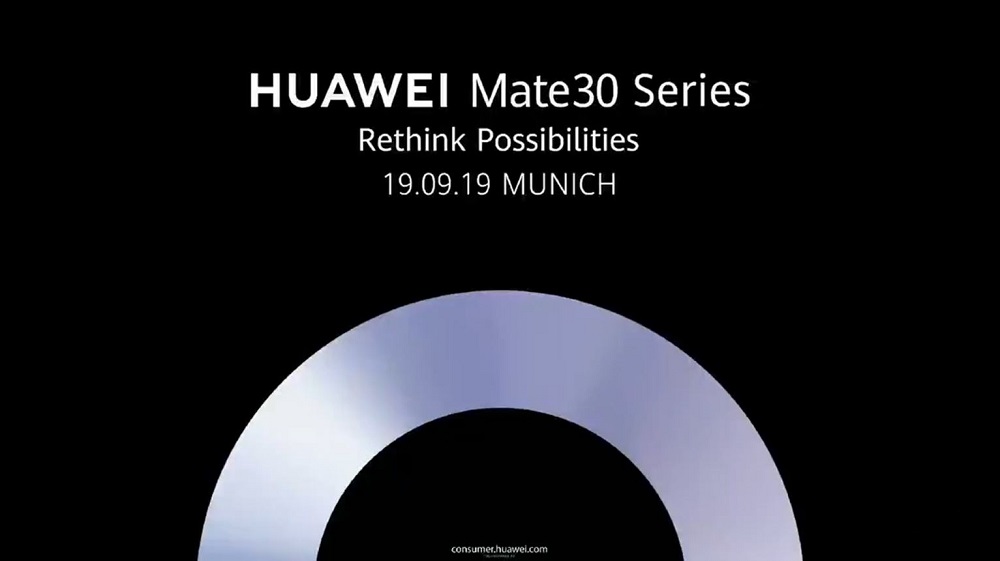 You’ll have to wait a couple of weeks at least.

After several leaks and teasers, Huawei has finally revealed the official launch date of the Mate 30 series. The company announced the launch date on Twitter:

Did you get it right? The countdown to #HuaweiMate30 starts now!
We're going full circle in Munich on 19.09.2019.
Join us live: https://t.co/9ugi5gG9ci#RethinkPossibilities pic.twitter.com/etRYjrBVEC

Huawei’s future in the business is in limbo right now, with Google suspending Huawei’s future access to Play Store and security updates. Google also made a statement that they will not allow Huawei to ship the upcoming flagship with core Google services on board. The users, however, will be able to sideload these services later on. All this makes us question the future of Huawei and Honor smartphones.

Despite all this, Huawei has confirmed that the company will launch its flagship phones on 19th September 2019 and the event will take place in Munich, Germany.

Huawei has historically launched the Mate series phones in October. By pushing the launch date to September, Huawei could be aiming to compete with Apple here.

In the event teaser, Huawei said that the company will go full circle hinting at the huge circular camera set up on the back. This means the circular camera comes with some other features as well.

There is also a chance that the Huawei Mate 30 and Mate 30 Pro will ship with the firm’s own operating system since the company is already building a Play Store alternative and is also reportedly working on its own mapping API.

Specification wise, the Mate 30 Pro is expected to come with a Kirin 990 processor which will be announced this week at the IFA trade show in Berlin. Apart from this, some unverified leaks suggest a large circular camera with a 40 MP sensor on the back and a 6.7-inch OLED waterfall display with curved edges.