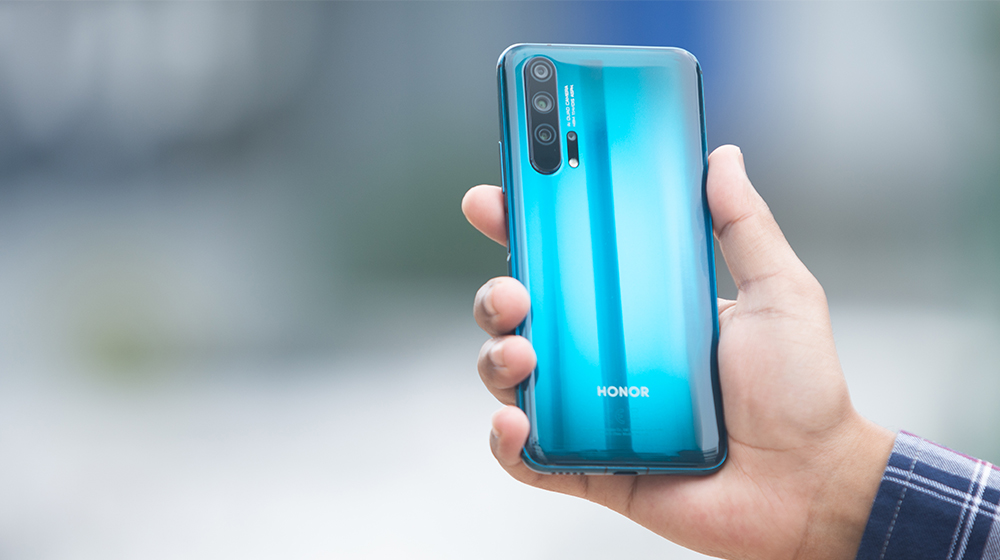 Honor has come a long way from being a mid-range phone maker.

Honor is known for its mid-range phones, with a decent share in the market and a loyal fan base in Pakistan. What happens when a brand that traditionally focuses on mid-range devices launches a feature-packed flagship? Is it a worthy contender?

Honor 20 Pro is the company’s new flagship that packs an impressive spec sheet at a competitive price of Rs. 99,999.

The device checks all the boxes when it comes to delivering a flagship-level experience, thanks to its Kirin 980 processor. This exact processor comes with Huawei’s current flagship the P30 Pro, which is much more expensive (Rs. 165,000) than the Honor 20 Pro.

ProPakistani has reviewed the Honor 20 Pro, covering its design, hardware, cameras and more.

Honor 20 Pro’s main highlights are its beefy specs that include a Kirin 980 SoC, which is paired with a Mali G76 GPU. Complementing its high-end SoC, the phone has 8GB RAM and 256GB of internal storage with no microSD card slot, but then again, who needs more than 256GB these days?

Design-wise the phone stands out with its punch-hole selfie camera and Holographic back panel that reflects light in a unique way. Add to that its quad-camera setup and you have a complete package.

Honor took a subtle approach with the phone’s design, it definitely has some unique design elements but the overall look of the device is a bit understated. Even the holographic back has this black gradient that fades away in the middle to let the colors shine. Speaking of colors, the Honor 20 Pro comes in Phantom Blue & Phantom Black.

The phone feels solid and is a bit on the heavier side because of the glass back and metal frame which adds to its premium feel. Ergonomics-wise the back and sides and feel comfortable to hold but the device is extremely slippery because of this. We recommend using the silicone cover that comes in the box.

Another notable design element is the side-mounted fingerprint sensor that also acts as a power button. The button is placed on the right side of the device, making it easier to reach, along with a volume rocker. The dual-sim tray is located on the left side and on there’s an IR blaster on the top.

Honor 20 Pro sports a USB-C port on the bottom as well a single speaker grill. Following the current flagship trend, Honor has ditched the 3.5mm headphone jack on this phone, which is a bummer. You do get a USB-C to 3.5mm dongle in case you don’t want to use Bluetooth headphones.

The only issue I have with the design is the huge camera bump on the back which makes the phone unstable when you place it on a flat surface. I would’ve preferred a flat rear camera module instead. 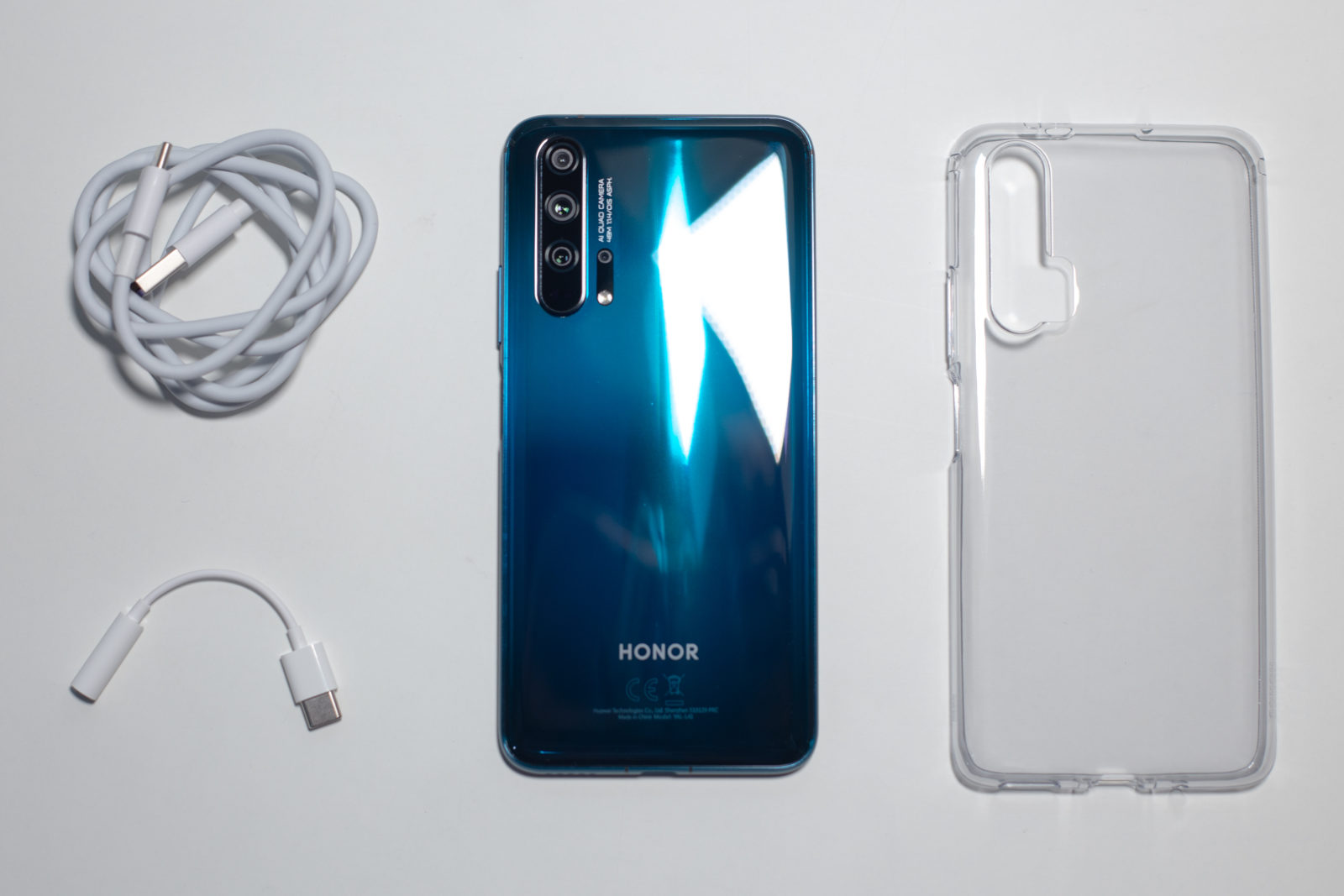 Having a Kirin 980 under the hood along with a Mali G76 GPU and 8GB RAM means that the Honor 20 Pro wouldn’t face any hiccups in the performance department.

Graphically intensive games like Fortnite and PUBG run at the highest possible settings without any issue. The beefy internal specs make for a smooth experience when scrolling through the UI, opening and closing apps or even when unlocking the device.

Has one of the fastest fingerprint sensors on a phone.

The screen is sharp and despite being an LCD panel it offers vibrant colors and gets bright enough to be used easily in direct sunlight. The only thing you’ll be missing out on is true blacks and the always-on-display that you get on an OLED/AMOLED display.

The cameras on this device produce sharp and natural-looking photos. One thing that I noticed about the 32MP selfie camera was the digital sharpening that it adds to the image.

The rear camera doesn’t do that, which is why the pictures taken with the main camera look more natural. Shifting between different cameras on the back didn’t show any visible quality or color shift which is really impressive because most phones suffer from quality degradation when you do that.

You get 3x optical and 5x hybrid zoom with the telephoto lens. Image stabilization is also top-notch on this device with videos coming out super smooth and stable. The camera also supports shooting videos in 4K at 30 fps.

All-in-all the cameras on the Honor 20 Pro do not disappoint in any way and are definitely one of the best things about the phone.

The device comes with a Huawei branded 22.5W fast charger out of the box and the battery lasts about 1.5 to 2 days with normal use. If your use is on the heavier side you’ll manage to get through a single day of use at most. 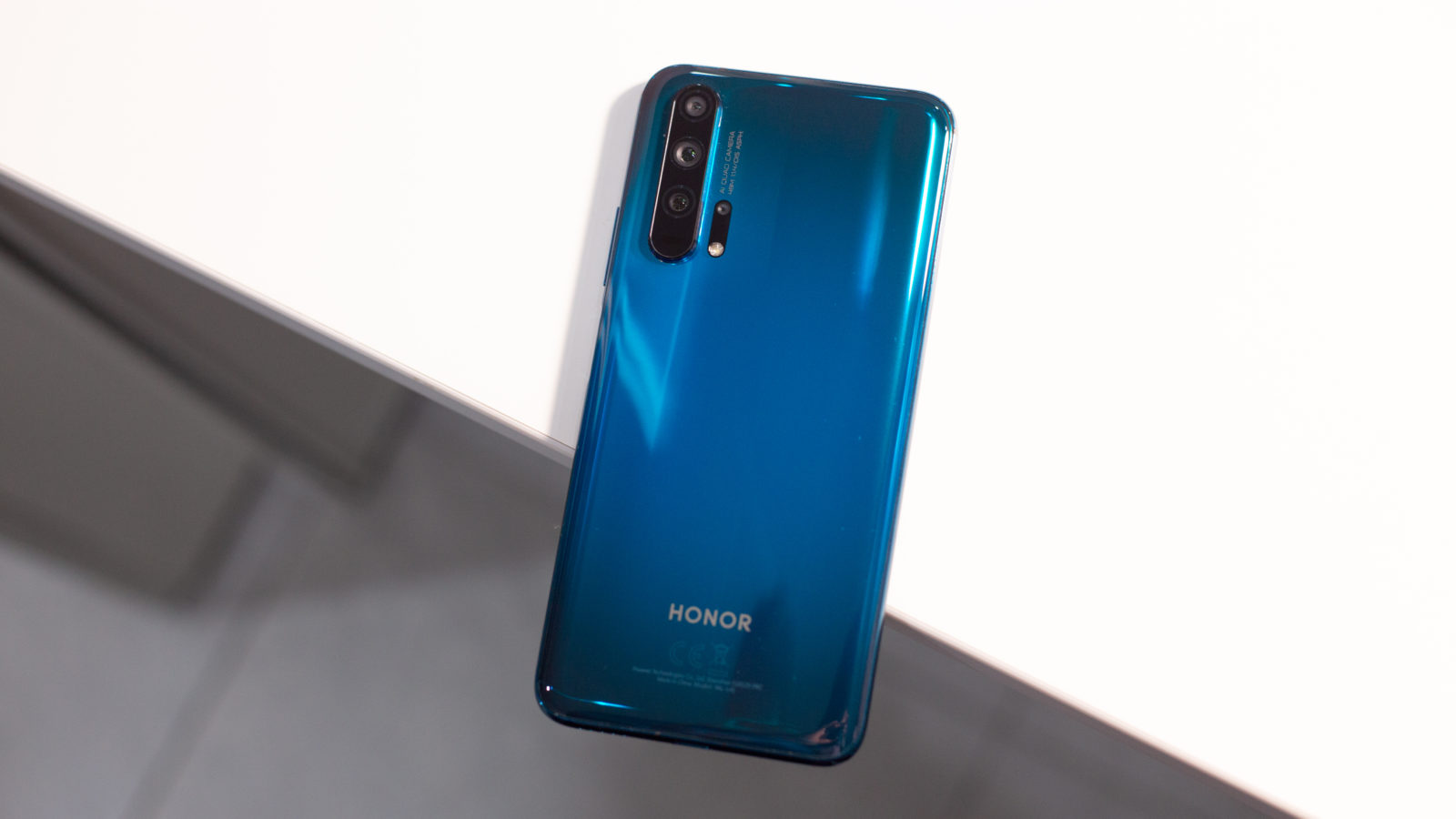 Honor 20 Pro is a high-end powerhouse that not only excels in performance but also impresses us with its top-notch cameras, great screen, subtle yet elegant design, and a good battery. The idea behind Honor 20 Pro is that it targets power users in the Pakistani market and offers a compelling price tag when compared with other flagships.

That said, Honor did make a few compromises but there aren’t any major deal-breakers. Small issues like the use of an LCD panel over an OLED and the huge camera bump on the back are the only problems in our opinion.

Overall, Honor 20 Pro is a solid Smartphone that can give flagships from the likes of Samsung a run for their money.