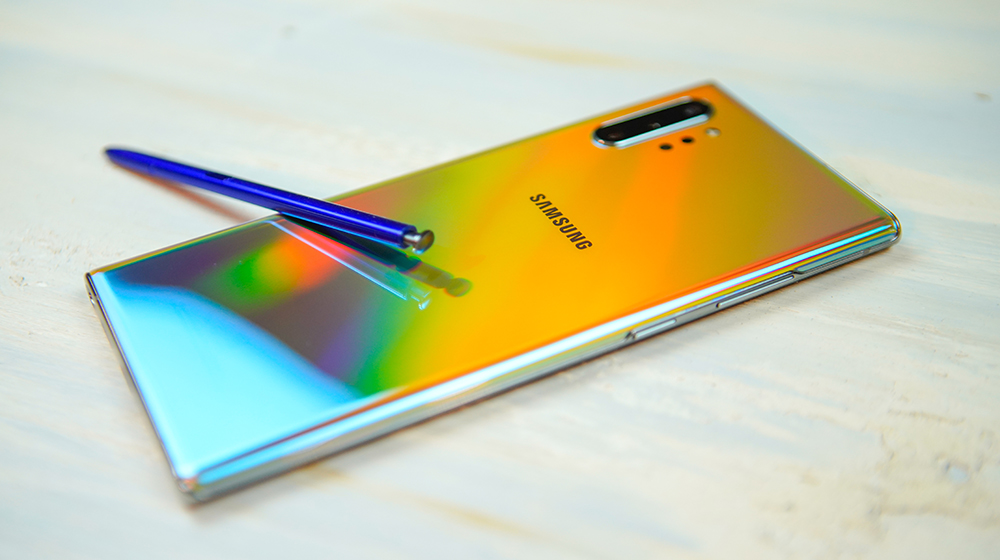 Our thoughts and impressions on the bigger Note 10.

Samsung has launched its latest and greatest Note series with a twist this year as the company has launched two models of its flagship, the regular Note 10 and the Note 10+. This time around the Note series looks much more elegant and symmetrical and packs more power than before.

ProPakistani was able to get its hands on an early review unit. We’ll be unboxing the Note 10+ today, sharing our thoughts and opinions about the latest flagship from Samsung.

This year, the Note series has received design changes that make the device a bit more squarish overall with an immersive display.

As soon as you hold the device you’ll notice that Samsung has reduced the top and bottom bezels further, giving it an almost all-screen front. Even the punch-hole camera is the smallest we’ve ever seen on a smartphone. Unlike the S10-series, the punch hole camera is in the middle this time, which makes it feel less intrusive and makes the front of the Note 10+ symmetrical and uniform.

This design choice makes it obvious that Samsung has focused on symmetry in the Note 10 duo and it becomes obvious once you take a closer look at the device. 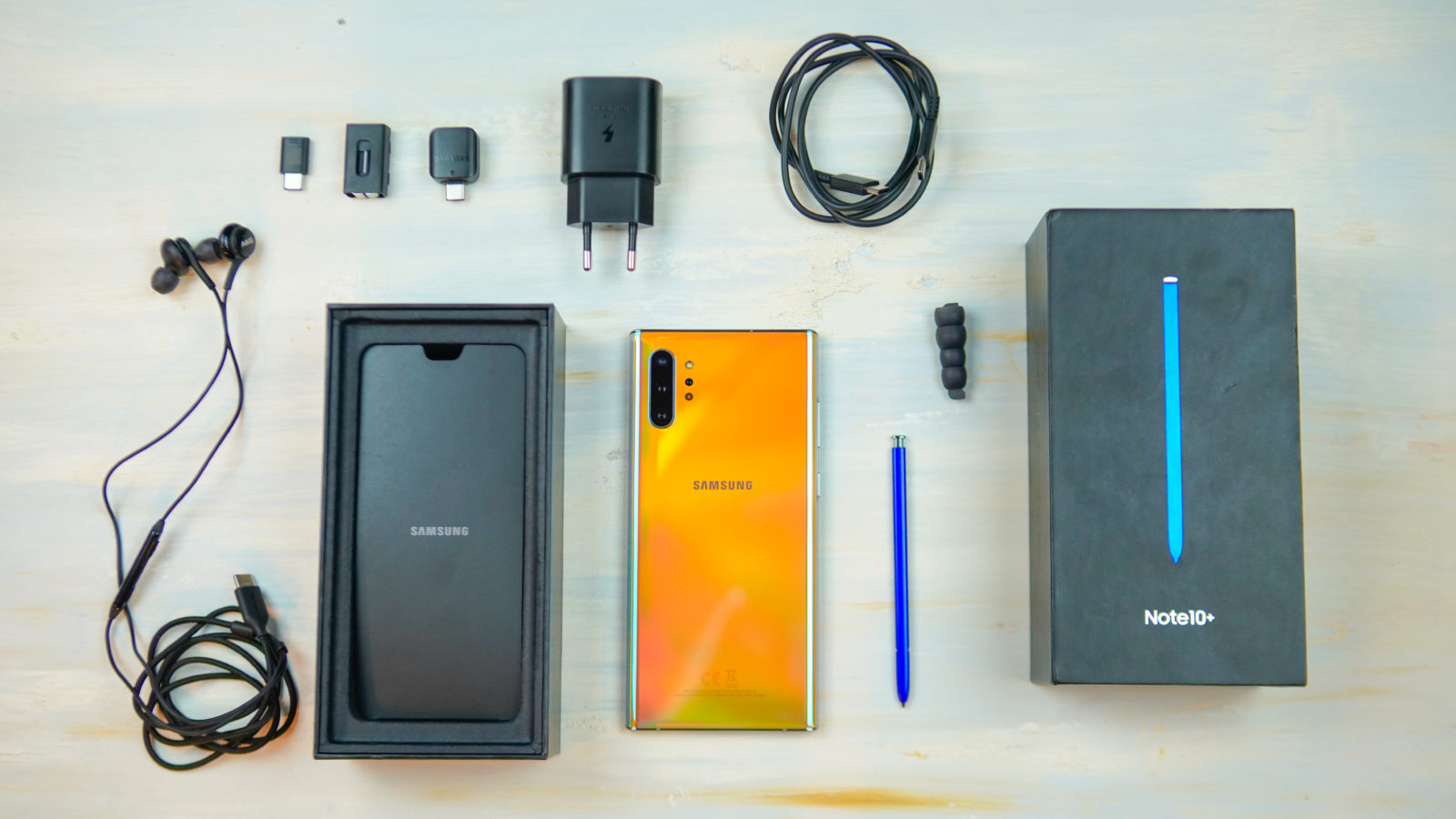 The Bigger and Better Note 10

We have received the Galaxy Note 10+ which has better specifications compared to the regular Note 10. The plus model comes with a huge 6.8″ Quad HD display, 12 GB RAM, 512 GB storage, bigger battery, etc. The Aura Glow color is also exclusive to the Plus variant.

The Infinity-O display on the Note 10+ is breathtaking as it delivers vibrant colors and competes with the best in terms of brightness. It also has an on-screen fingerprint sensor just like the S10.

Other than that, it has a larger 4300 mAh battery that supports fast-charging up to 45W that can fully charge the phone in just 30 minutes. Unfortunately, Samsung only includes a 25W charger in the box, you’ll have to buy the 45W charger separately. 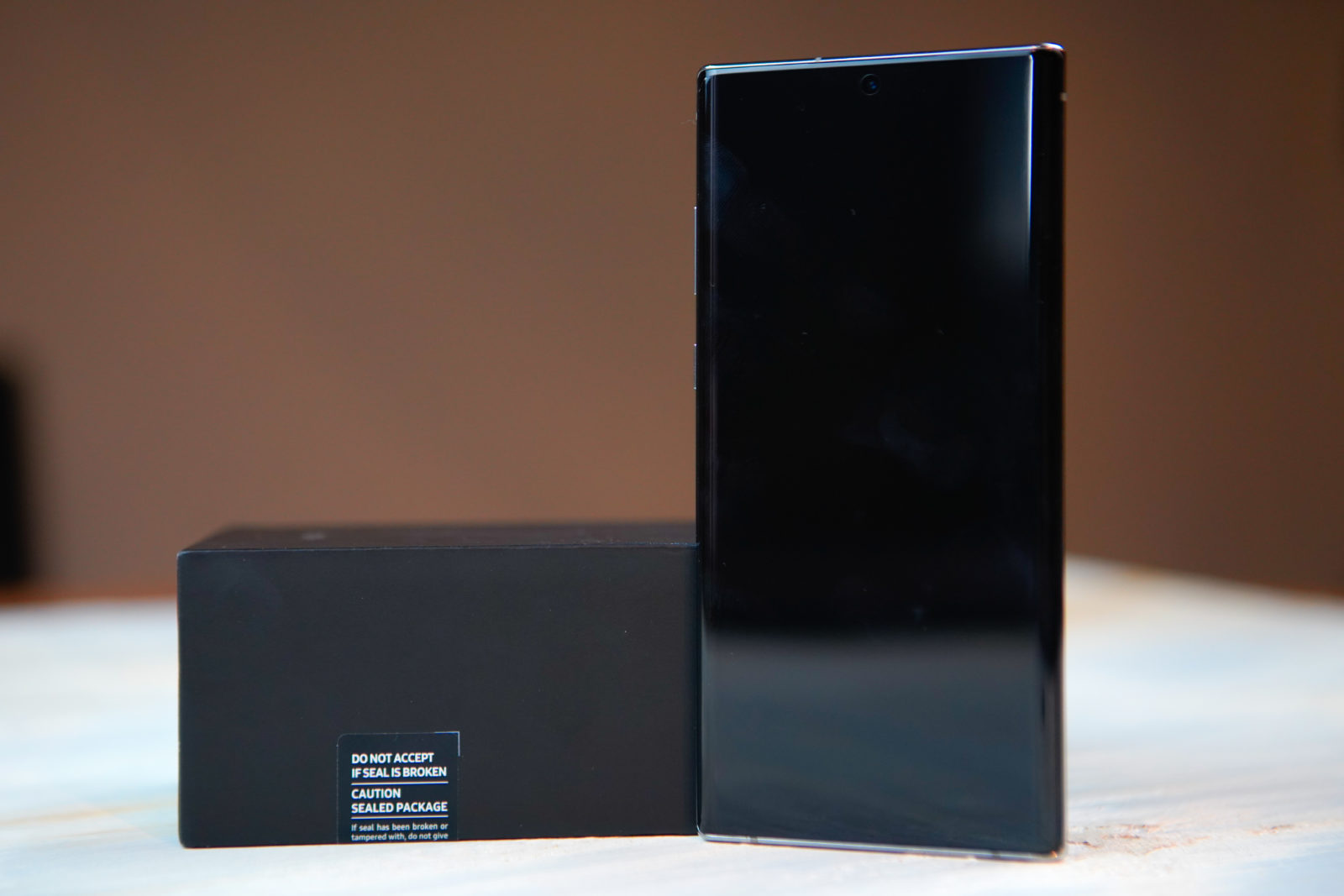 Samsung has also improved its S-Pen and has added features like Air Actions, Air gestures, etc. so you can control the device from a distance.

The Note 10+ features a 10MP selfie camera that has an f/2.2 aperture, while on the back it sports a quad-camera setup that includes an f/2.2 16MP ultra-wide sensor, a 12MP main camera with dual-pixel autofocus and a variable aperture that goes from f/2.4 to f/1.5, a 12MP telephoto sensor with an f/2.1 aperture and a depth sensor for that shallow depth of field effect.

During our initial tests, the Note 10+ captured great photos with punchy colors and laudable dynamic range. We’re expecting top of the line results in low light and wide-angle shots as well.

All in all, the Galaxy Note 10+ definitely lives up to its hype, bringing gorgeous design paired with top-notch specs that outshine its competitors.

With this device, you’re getting one of the best displays coupled with an impressive camera, great performance, and battery life and you’ve got yourself a device that lives up to its name.

That’s it for the unboxing and first impressions of the device. A full review will be coming out soon so stay tuned for that.