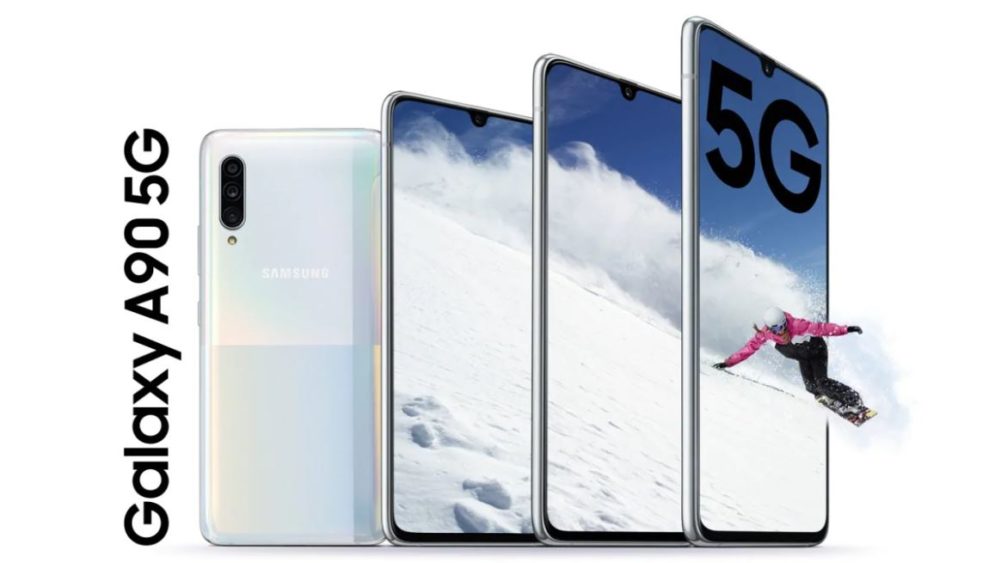 Samsung has been one of the leading smartphone OEMs in terms of 5G. Its first 5G smartphone, the S10 5G, was released in June this year, with Samsung releasing two more 5G smartphones, the Note 10 5G, and the Note 10+ 5G after that.

With three 5G flagship smartphones under its belt, Samsung has just announced another 5G phone in the A-series called the A90 5G.

Samsung Galaxy A90 has a large 6.7″ FHD+ Super AMOLED Infinity-U display with a water-drop notch housing the selfie camera. The display also has an in-screen fingerprint sensor, probably of the ultra-sonic variety.

Moving to the back, the A90 has a very unique look, with the upper/lower half of the phone having a rainbow color effect, similar to the Note 10+ Aura Glow.

The A90 5G is powered by a Snapdragon 855, which also powers the S10 series, paired with 6 GB or 8 GB of RAM with 128 GB of UFS storage. The 6 GB RAM variant also has a microSD card slot, supporting up to 512GB of expandable storage.

The A90 is also the first non-flagship smartphone from Samsung to support Samsung DeX, letting you dock your phone for a desktop-esque experience.

The triple-camera setup is located on the top left at the back, with a 48MP main, 8MP ultra-wide, and 5MP depth cameras. The camera app supports features like Scene Optimizer, Flaw Detector, and Super Steady.

On the front, the A90 5G has a 32MP camera housed in the waterdrop notch.

No pricing details are available at this time. 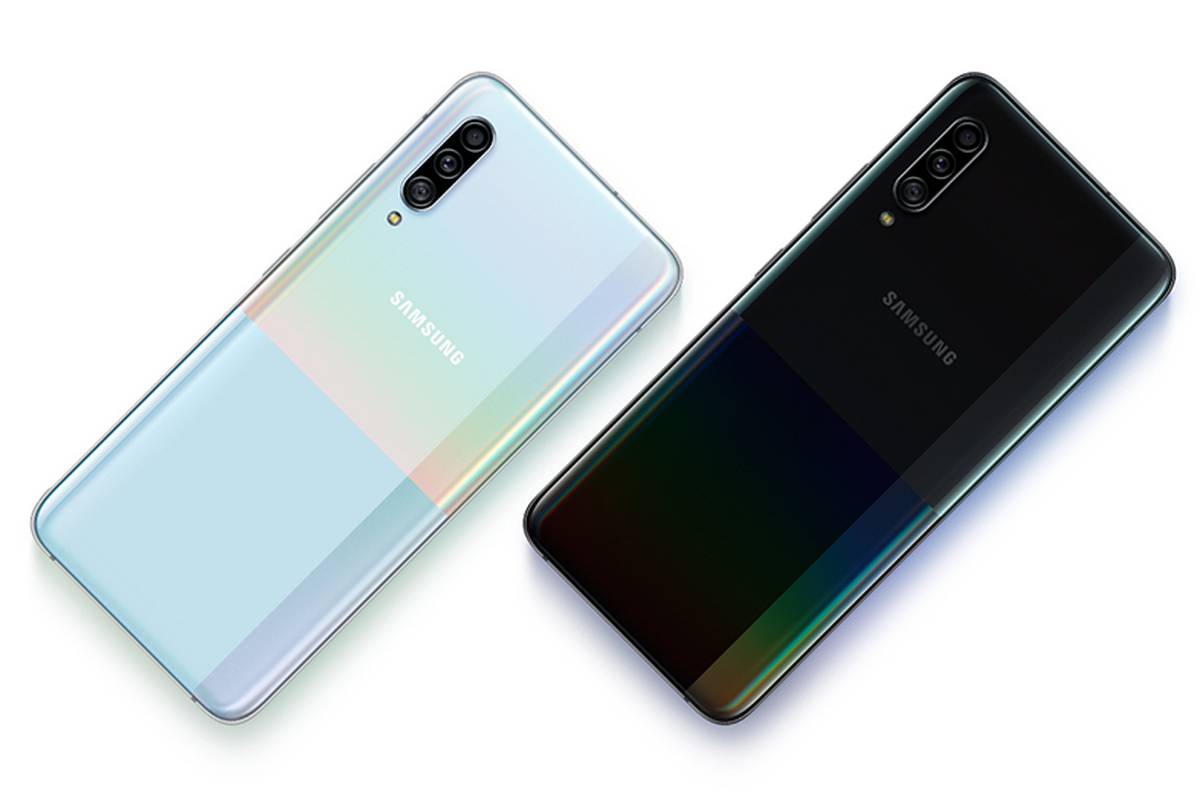