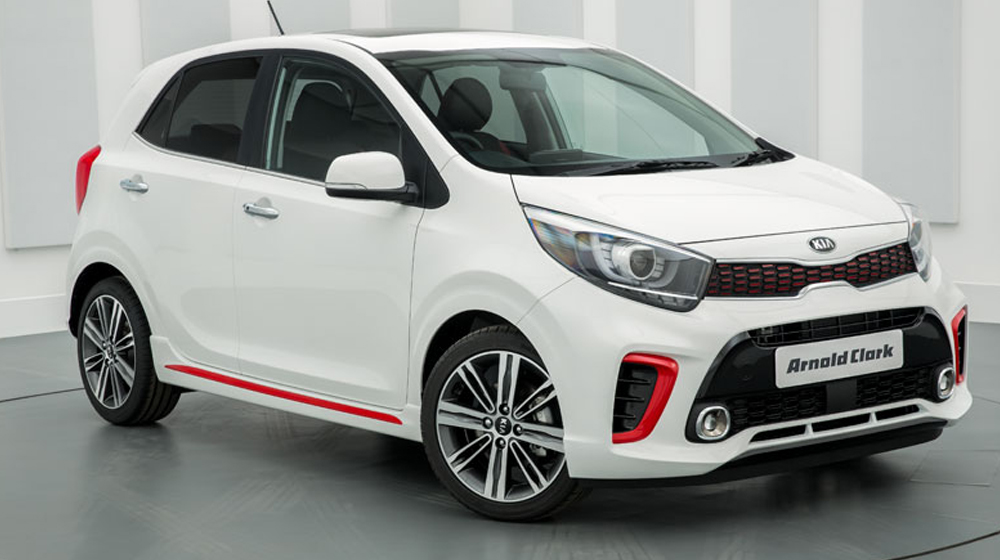 KIA Lucky Motors has started the pre-booking for its recently launched hatchback Picanto in Pakistan from 14th September.

The company has decided to join the Pakistan auto-industry after a decade and this time with a long-term investment plan.

Picanto will be KIA’s third car launch in Pakistan. Previously, the company has already introduced Grand Carnival and Sportage. However, both the vehicles were geared to attract the high-end customer base.

KIA Picanto will compete against the likes of Suzuki Cultus, Suzuki Wagon R and Faw V2 as it is also a 1000cc car.

KIA has launched two variants of Picanto in Pakistan and here are the pre-booking prices disclosed by the company itself:

The ex-factory prices of both variants have also been disclosed by the company and are as following:

The customers will have the option to opt for features such as the infotainment system, branded floor mats and alloy rims for an additional cost.

There is no denying that Pakistan’s small-car industry is dominated by Suzuki; previously with Mehran and now with Wagon R and Cultus 2019. Suzuki recently also launched Alto’s 2019 model in order to remain ahead of the curve.

However, the one problem that has remained persistent with Suzuki is that the company provides less quality for a much higher price mainly due to the lack of competition in the market.

KIA will aim to change that with the launch of Picanto. Additionally, other manufacturers have also identified this issue and are working towards bringing more sustainable options for the people of Pakistan – such as Prince Pearl.