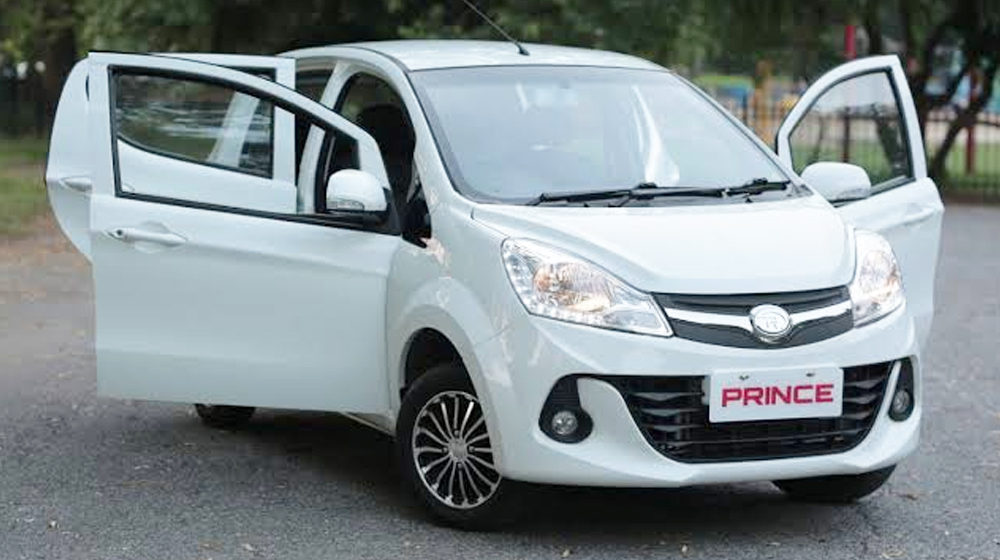 After Suzuki discontinued Mehran, it left a great void in Pakistan’s auto industry. The cheapest car from one of Pakistan’s big three companies now costs over Rs. 1.5 million.

This auto industry demanded a replacement for the Suzuki Mehran, which still dominates the roads of Pakistan. United Bravo was the first car to truly capture the essence of a budgeted car but failed to deliver quality whereas the recently launched Suzuki Alto does not justify the price-tag at which it is being sold for.

The newest car to capture the interest of auto enthusiasts is Prince’s Pearl REX7 Hatchback, an 800cc car launched by a joint venture between Pakistan’s Regal Automobiles and DFSK of China.

Apart from that, the Pearl looks to be a top contender to replace Mehran granted if Prince company does not compromise on its quality like United did with its Bravo.

Prince Pearl has attracted a lot of attention as there aren’t many affordable small hatchbacks, which offer the quality or the modern looks.

As per our sources, the pre-booking for Prince Pearl will start during last week of September.

Currently, there are 13 3s dealerships (Sales, Service & Spare Parts) for Prince Pearl across Pakistan where you can pre-book Prince Pearl.

An authorized dealer on the condition of anonymity told ProPakistani that the car will be  pre-booked for Rs. 0.9 million to Rs. 1 million (9 lacs to 10 lacs). However, he could not disclose the actual price of the car for the time being.

The dealer further mentioned that all the potential customers have been informed that the price will be between the range that has been disclosed to them.

The car will be pre-booked on a first-come, first-serve basis. The delivery of the car is expected to be in the first week of November but can be delayed depending on how late the pre-booking was done.

Pearl’s pre-bookings will end a week before the company starts distributing the cars.

Here are the details of all 13 Prince Pearl dealerships:

What do you make of Prince Pearl? Let us know in the comments section below.