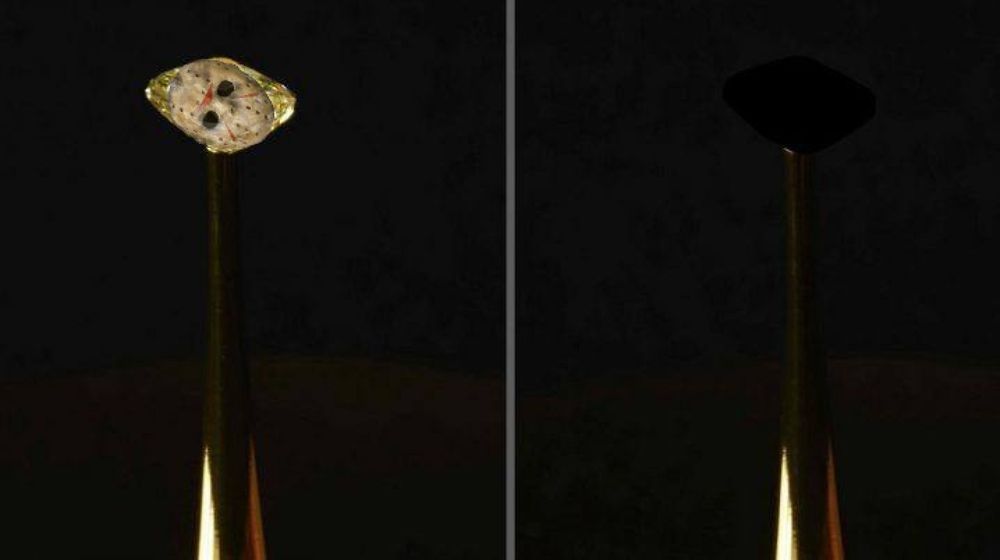 But is it darker than your ex’s heart?

A group of researchers at MIT, in an attempt to grow carbon nanotubes (CNTs) on electrically conductive materials to enhance their thermal and electrical properties, have accidentally made the blackest material ever.

The material can capture more than 99.96 percent of light incident on it. The previous “blackest ever” material was made by Surrey Labs called Vantablack. This one is supposed to even darker than that.

For a layman, this might sound foolish, but a truly black material has more uses than a person can imagine. Brian Wardle, Professor of Aeronautics and Astronautics at MIT said:

There are optical and space science applications for very black materials, and of course, artists have been interested in black, going back well before the Renaissance. Our material is 10 times blacker than anything that’s ever been reported, but I think the blackest black is a constantly moving target. Someone will find a blacker material, and eventually we’ll understand all the underlying mechanisms, and will be able to properly engineer the ultimate black.

The material can be used for creating efficient optical blinders used in telescopes for reducing glare. It will help the telescopes spot exoplanets and other extra-terrestrial objects with higher efficiency.

The material is basically CNTs grown on chlorine-etched aluminum foil. The researchers only understood what they had developed after they measured its optical reflectance.

The material is currently being showcased at an art exhibit titled “The Redemption of Vanity” in New York. The exhibit is on a $2 million 16.78-carat natural yellow diamond which has been covered with the new material.